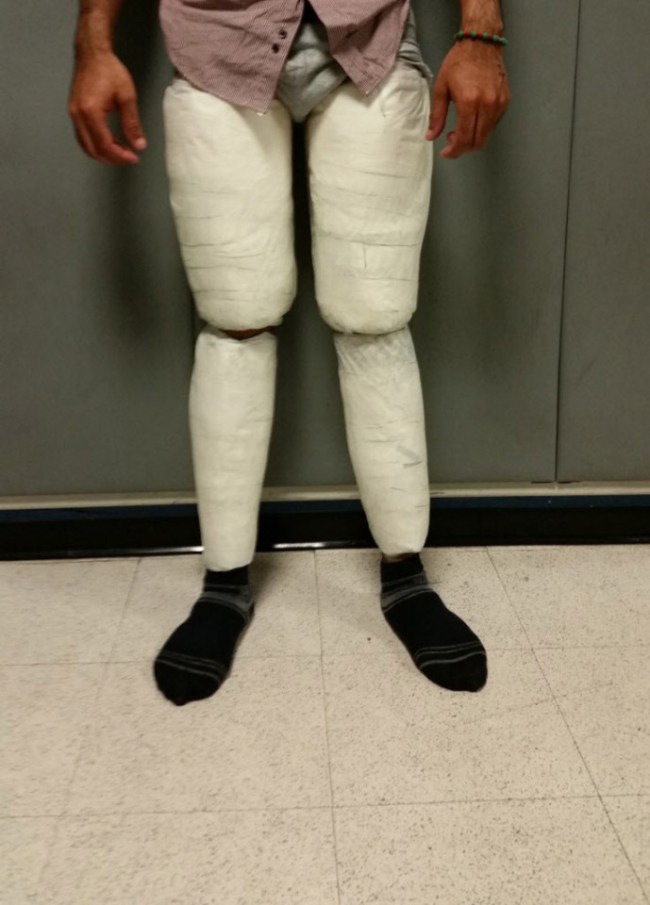 Meet Juan Carlos Galan Luperon, a man with more blow in his pants than Tony Montana’s desk, who was caught trying to smuggle 10 pounds of cocaine. The 28-year-old was caught at JFK Airport in New York City with bags of yayo strapped to his legs.

“Is that 10-pounds of cocaine in your pants or are you just happy to see me?”

After getting off his flight from the Dominican Republic last week, Customs and Border Patrol agents noticed that Luperon was acting very nervous. Maybe don’t get high on your own supply next time so you’re not all fucking whacked out and fidgety while going through customs.

They also noticed that the man’s pants were a little too tight. You could say he had bad jeans. He was said to be “bursting out of his pants” (Their words not mine) and his cover was blown. They conducted another body search and found ten pounds of cocaine strapped to his thighs and calves. Dan Bilzerian would be the perfect leg smuggler for this type of operation.

Make fun of JNCO Jeans all you want, but they could have saved this dude from going to prison.