Today at a mall in Raleigh, North Carolina, the folks at NC-based burger chain Hwy 55 Burgers Shakes & Fries threw a gnarly professional eating contest. Contestants were challenged to demolish a monstrous 55oz cheeseburger — almost 3.5 pounds — in under two minutes. Here’s the size of the burger, for context: 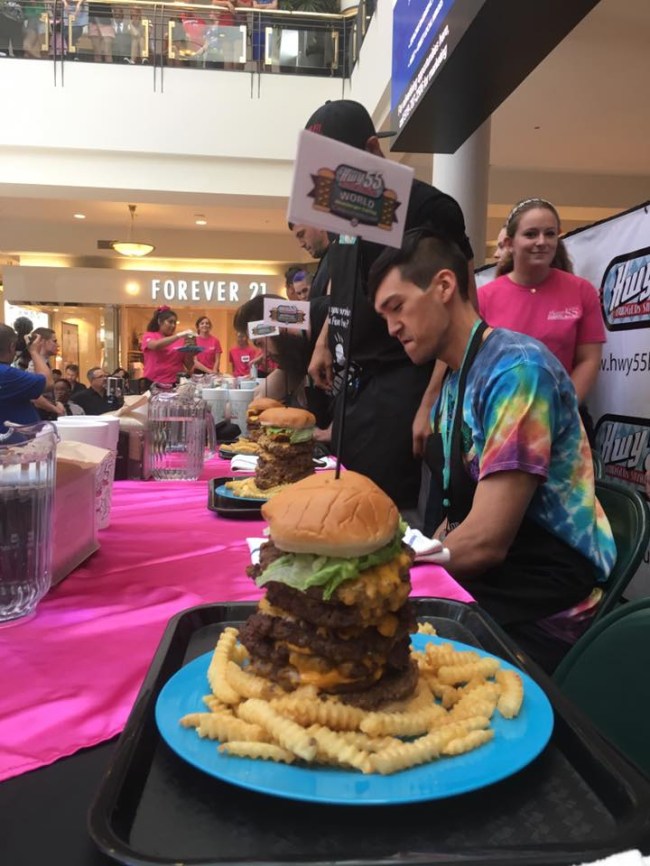 The only female contestant, competitive eater Molly Schuyler won the event, demolishing  a burger in a record setting one minute and 37 seconds. It’s an impressive feat to witness, as livestreamed on the BroBible Facebook page:

It’s just another trophy for Schuyler’s competitive-eating trophy chest: A few years ago she set a steak-eating record by devouring a 72 ounces (2.0 kg) steak with side dishes in 4 minutes 58 seconds.

And back in 2015 she won Philadelphia’s annual Wing Bowl the Friday morning before the Super Bowl, crushing 363 wings in 30 minutes: