What Does Monkey Meat Taste Like? Here What People Who’ve Tried It Say 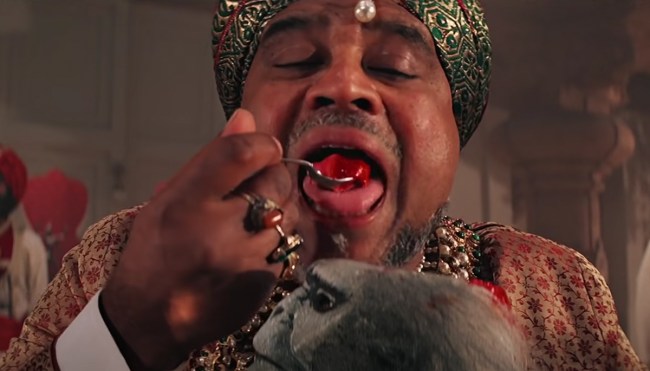 The concept of eating monkey is pretty damn foreign to me, and I have a hard time believing I’m the only person who feels that way.

I think there are a couple of factors that play into that view. The first is that I’m from the United States, which is one of more than a few countries where monkeys aren’t indigenous. However, even if they roamed all corners of America, the fact that the animals have a lot in common with humans and are capable of complex thought and learning would probably discourage me from chowing down on them if I had the chance.

I guess there’s a small chance I might give monkey meat a shot if I ever had the opportunity, but that situation has yet to present itself. However, the same can’t be said for Steven Rinella and the people who were with the host of the MeatEater Podcast when they got the chance to check “eating monkey” off the bucket list during a trip to Bolivia.

The crew in question was served some monkey stew toward the end of an eight-day hunting and fishing excursion in the country where they spent some time with Tsimane tribesman.

As you can see from the video, some guys had spent a long time waiting for the day they’d get to sample some monkey, and while a few others weren’t too keen on trying it, none of them had anything bad to say about the meat itself (which could be attributed to this all taking place at the end of a long trek through the jungle as opposed to right when they hopped off the plane).

If you’re not familiar with the Tsimané people, the tribe is indigenous to the lowlands of Bolivia and they’re apparently HUGE fans of monkey meat (which is viewed as the ultimate delicacy). One interesting thing to note is that the Tsimané people don’t develop heart disease at the same rates and ages as other people around the world, although there’s no conclusive data concerning the role a diet incorporating monkey may play when it comes to promoting cardiac health.

Prior to watching that video, I’d never really thought about what it would be like to eat monkey aside from the time I’d watched the “chilled monkey brains” scene in Indiana Jones and the Temple of Doom.

However, for the sake of journalism (and my own sense of curiosity), I dug a little deeper and drudged up some responses from around the Internet on just what monkey meat purportedly tastes like.

Here’s what other people say monkey meat tastes like

Depends on the type of monkey but its somewhere between pork and deer.

The texture is very close to pork with a soft meatiness that flakes apart slightly rather than crumbling (Fatty pork flakes apart, in contrast to say a dry over cooked beef or a ground beef which crumbles apart).

The taste can vary widely depending on the diet of the animal but typically has a slightly gamy flavor not unlike wild deer (though deer has a texture closer to beef, which a monkey does not).

The fattier parts of a monkey come close in texture and silkiness to duck breast (with the skin), but without the hint of fishiness that comes with water foul.

According to Cryptoforest’s excerpt of a book on Colonel Percy Fawcett’s exploration, human flesh tastes remarkably like monkey meat:

Senor Donayre … was an interesting man. At one time the German firm for which he worked on the Purus sent him to the Putumayo to contact Indians on that river, learn their language, and report on the chances of rubber and trade. In one large tribe he was given a wife, and stayed with them for two years.

“These people were cannibals,” he said, “and many a time I have seen bits of men – white men – cooked. They didn’t care to much for eating whites – man of other Indian tribes were preferred. The taste is rather like monkey meat.”

If you want to try it for yourself, The New York Times once claimed you can track it down in New York City if you look hard enough, and another source says canned monkey meat occasionally pops up on shelves in Cambodian grocery stores.

So, if you’re interested in trying out some monkey meat for yourself I think you have more than enough information now at your disposal to procure that aforementioned monkey meat.