Here Are The Most Common Scams That People Still Fall For, So Don’t Be One Of Those People 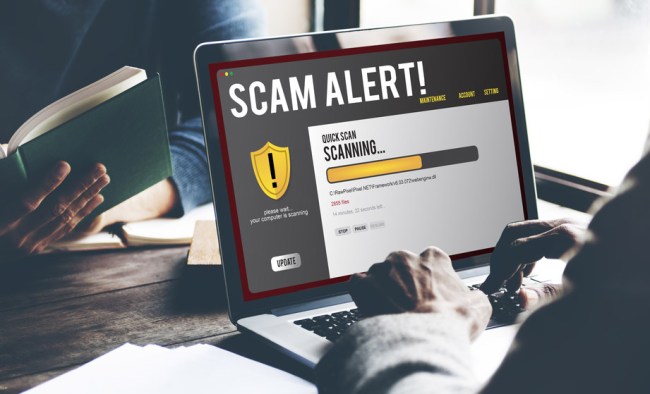 Scams are everywhere. Even more so now than back in the olden days thanks to technology and the internet. In fact, thanks to technology and the internet the chances you will be faced with a scam are probably higher now than they have ever been. I have no empirical data to back that assessment up, but I do know how to use common sense and logic. Which is something that comes in very handy when dealing with a scam.

Unfortunately, not everyone possesses the ability to use common sense and logic. (That seems pretty evident if you have read the news at any point in 2017.) So, as such, people are still falling for scams that have been around for awhile, despite the plethora of information now available thanks to, you guess it, technology and the internet.

Here are some of the most common scams as shared by the obviously very logical people over on Reddit.

If a new job asks you to pay, you’re a customer, not an employee. ~ hugotheyugo

If every rank has the word ‘executive’ then there’s nothing executive about it. ~ cpl1

I’d love to put on a fresh set of brake pads then roll in there and see what they say. ~ shredtilldeth

Phishing scams. I received a text from my ‘bank’ saying my debit card had been put on hold, and to follow the accompanying link to log on. I got on my pc to log on & then called the bank to be sure, all was well. A few minutes later I walked into my co-workers office for something unrelated, and she was on her phone, about to log on, she’d gotten the same text. I don’t know if she followed the phishing text link or was on her app, I would suspect she followed the link, but I stopped her, I hope in time. ~ WildeAquarius

I get at least one phone call every day about “my credit card account.” ~ DicktheMagician

Scary web pages and fake calls from people claiming to be from Microsoft/HP/Dell/some antivirus company. So many old people let these scammers on to their computers. ~ Clear_Runway

WARNING. YOUR COMPUTER HAS BEEN INFECTED WITH A VIRUS. ~ fuckingzazzed

Calls from “the IRS” saying you owe them money for taxes.

Last year my grandma called me saying “the IRS” had called her, she had already written a check about and was about send it. It took me an hour to convince her it was a scam and the IRS wouldn’t call her randomly saying if she didn’t pay them a few grand she would be sued/jailed. ~ lenamarieee

I got this call. I had actually just printed out my tax info for student loans and had long since received my refund so I was positive I was 100% ok. Guy was screaming at me and threatening that a warrant was out for my arrest. I was pretty calm because I knew for a fact it was a scam and said “Well I guess I’ll just have to take that risk” and hung up. Never got another call.

The IRS will not call you. They communicate by mail, certified if it’s important. Don’t even worry about it. ~ elcasaurus

Team A wins. You discard the people you told Team B would win.

Before long, you have X number of people who think you’ve called the result of the last 5/10/15 games, whatever.

And then… If you want to carry on receiving betting tips, that will be £69.99 please. ~ nousernameusername

If something is a Chinese plastic piece of crap that breaks 50% of the time in under a year, it wouldn’t make sense for the manufacturer to offer a warranty because they’ll be replacing it and losing money.

But if the product isn’t likely to break in under the period covered by the warranty, then the warranty will basically be free extra money for the manufacturer because they probably won’t have to replace the product. ~ leex0

Source: worked in a store that offers extended warranties. ~ Da_G8keepah

I work in mortgages. The amount of calls I get from people who were just completely scammed out of their money is alarming. One of my co-workers had this one lady call in who said she kept having the government call her to send them a couple hundred dollars every month and that they were investing it for her. She just kept sending God knows who money week after week and her credit was destroyed for taking out new lines of credit she couldn’t pay on, etc. My co-worker pretty much had to get the contact information of her daughter and talk to her 1 on 1 on the phone saying her mother was getting scammed. ~ etras99

Sexy Singles In Your Area! ~ fullmetal_deathnote

Sorry, but if you’ve fallen for that one, well, there really is no hope for you at this point.

Check out even more of the scams people have reported over on Reddit.