U.S. Marshals Are Trying To Find This Asshole Who Is An Early Front Runner For Mug Shot Of The Year 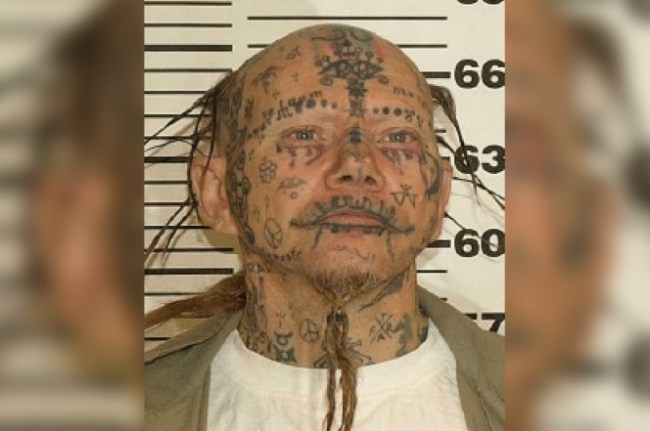 Matthew Ezekiel Stager, a convicted sex offender and one handsome motherfucker, is currently being hunted by the U.S. Marshals. Stager was recently released from prison and is wanted for failing to show up at a transitional center in Texas.

While I’m sure Stager is probably dangerous and I hope they find him, the only reason that this is post worth is that stunning mug shot of his. I’ve studied it for minutes on end and I’ve narrowed down my three favorite tattoos on his face. Coming in third is what looks to be a bunch of grapes on his right cheek. My second favorite tattoo is the peace sign on his face. In my opinion, it is far superior to the peace sign on his neck. And finally, the single best tattoo, probably on his entire body, is the X on the left part of his neck that 100% spells F.A.R.T.