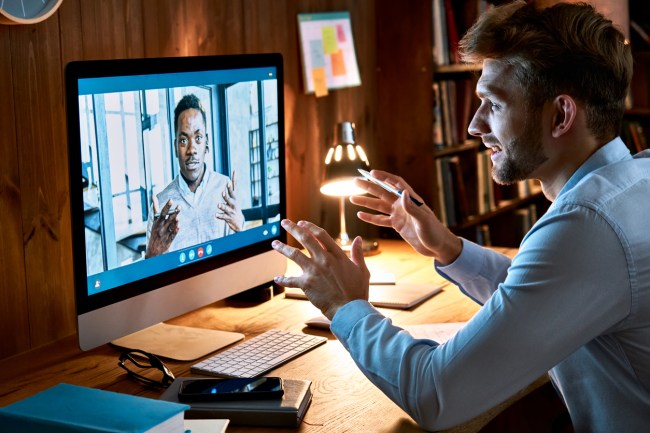 This is a season that doesn’t really carry the same positive ring as “FOOTBALL SEASON!” or “Wedding season!” or “New Season of ‘Game of Thrones!’” but, let’s face it, it’s a season that nearly everyone will have to go through at some time or another.

Regardless, we’re here to help.

I recently talked off-the-record with three professionals, all of whom have spent time on the other side of the hiring wall, to get their thoughts on what really matters in the interview process. Two are bros just out of school, currently spending their time in the software and consulting fields. The other is a surgeon fresh off hiring for a medical internship program.

They’ve left me convinced of one major thing: If you have the right credentials, anyone can kill an interview and land the job.

“Dress for the job,” the surgeon says. “But you don’t want to stand out there.”

If you’re going for a more “serious” job, keep your suit dark-colored. Wear a white shirt. The tie should be conservative—I know how difficult it’ll be to not wear that badass Vineyard Vines pink-and-green martini glasses number, but trust me here—and make sure your shoes aren’t scuffed.

Actually, you know what? Politics aside, just take your style tips from this guy:

"I don't tell people how to spend their money, regardless of how I might personally feel about something," said JPMorgan CEO Jamie Dimon. #bitcoin #cryptocurrency https://t.co/8EQLQLhgd6

He’s worn the exact same thing more or less every day for the last five years: Black or navy suit, red or blue tie, white shirt. And he succeeded twice in snagging the most difficult and coveted job in the world.

(Also, get a haircut, hippie. Ask your barber for the Jamie Dimon. He’ll know what to do.)

On the other hand, if you’re going for a “creative” job, do some research and dress like the employees do. Maybe a knit tie, maybe a more casual jacket. Look like you already belong there.

And dress appropriate to the occasion

At “information sessions” and “networking events” and “[insert corporate buzzword that will make you want to kill yourself],” you’ll be expected to wear a suit. Many times, this information will not be conveyed to you. Or it will be, but you’ll ignore it, because who’s reading those invitations anyway? A good rule of thumb, then, is to always overdress—without Brennan Huff and Dale Doback-ing it.  And if the event is expressly “business casual,” rock khakis and a blazer.

These first two points are small, but they’re the easiest to follow.

If choose not to follow them, your chances of landing a job won’t be derailed, but you will have succeeded in distracting attention from the more important shit you want to convey to your future boss. “When we had a girl come in wearing a ridiculously short skirt,” says the consultant, “It kind of became all the guys talked about.”

Make sure everything on your resume is true

Look, it’s not worth it. Don’t lie. When you start increasing the GPA, you start fibbing on the other things and pretty soon you’re trapped.

Don’t be a douche to ANYONE

Interviewing in an office? Were you a dick to the secretary on the way in? You’re done. “if a secretary says [the candidate] was a douche, he’s cut,” says the consultant.

Go in with a story

You’re going to have a set amount of time to talk. During that set time, you want to lay out a convincing story for why this particular job fits in with the path you’ve laid out for your life. There’s a reason why the first question is nearly always, “Tell me about yourself.” The recruiter is looking to see why your road—as silly as this sounds—leads to his position. “It’s all about selling yourself, but not in a rehearsed way,” says the consultant.

Try to stand out

“The overarching thing is to make yourself stand out in a professional way,” says the surgeon. “You have to understand that the person doing the interviewing is interviewing a lot of people. It’s a really fucking boring job. I look for enthusiasm…. All the candidates are accomplished people. But once it gets to the point of the interview, they have to differentiate themselves on personality.”

That’s a crucial point: The person interviewing you doesn’t necessarily want to be there either. Unless he gets his rocks off on asking questions to a kid who doesn’t really know anything yet, he’d like some excitement every now and then over the course of the day. So if you’re upbeat—without being manic—you’re going to stand out in his coffee-drained memory.

True story: “During one Skype interview, I noticed there was a huge bong in the back corner,” says the surgeon. “The fact that I remembered him is interesting.

“I mean, I wouldn’t suggest doing that, but it was interesting.”

(On that note, if you are Skyping in, clean up a bit.)

It’s not that hard to research the company you’re interviewing with. Google them the day before and find out everything you can about the company’s past and its present dealings. “It becomes pretty apparent early that people have done their research,” says the surgeon.

Check out the interviewer’s Linkedin profile if you get the opportunity. If you don’t, pounce on the first thing you guys have in common—be it a shared favorite sports team, academic background, or My Little Pony fanship, etc. (Fucking with you on the last one.)

Tailor your manner of speech, too. “One recent guy was asked why his grades had slipped during the fall. He told a 40-something mother, ‘Duke kicked my ass this fall.’ Didn’t work out for him. But it could’ve worked on a 27-year-old,” says the software employee.

I know, I know. Easier said than done. But there’s a strong case to be made that each candidate who’s made it to the interview round holds more or less the same qualifications—and the judgement will come down to how likeable you are. A lack of arrogance is key.

“In the decision meetings this January, it was ridiculous how little of the decision was based on the actual meat and potatoes of the interviews,” says the software employee. “It ended up coming down to whether they liked the person or not, not really whether they were the smartest or had the best resume.”

Some of your competitors can—and if you’re gunning for a professional position, will—be wildly socially awkward. If you’re not, you’ll stand out.

“I go out with people for drinks,” says the surgeon.

“I can teach people how to operate. I can’t teach them how to be a human and drink a beer.”

Consultant: “Are you someone who can basically be a normal person? We’re looking for that.”

If you play it right, the interviewer should talk as much as you.You don’t know what you’ll really be doing if you get the job, so it’s presumptuous to talk over the guy. Or, to put it more bluntly:

Know the usual questions, and don’t overthink the answers

Going back to the presidential analogy—this is something that hit me while watching the debates. People don’t really want a job candidate who delves deep into each answer, because that would require serious thought, maybe some stuttering, and a long-winded, complex line of thinking.

You want a guy who can give a quality answer delivered well. So know the questions that will be asked—know your greatest weakness, your greatest strength, and be able to describe a situation where you were forced to lead—and have ready-made answers.

“You need to be able to think on the fly,” says the consultant. “They will ask you questions that are out of your expertise and you have to be able to lay it out. You need confidence in presenting yourself [when you don’t have all the answers].”

Ask a lot of questions

I briefly flirted with consulting in college. My first interview was with a firm in Austin. I was slotted to talk with two different employees over an hour-long period. After I would finish with one interviewer, I’d move to another room. The first employee plowed through her questions, leaving the last 10 minutes essentially for me to ask questions about the job. I royally screwed up. By minute two I was asking questions about SXSW and Austin’s nightlife, while the interviewer looked at me confused. “The nightlife is… great.”

So, yeah, have questions prepared. Two good ones to start with:

“What are you looking for in an employee?”

“Are you looking for someone who wants to grow personally in the company? Is that a threat or is that encouraged?”

But don’t ask about the money