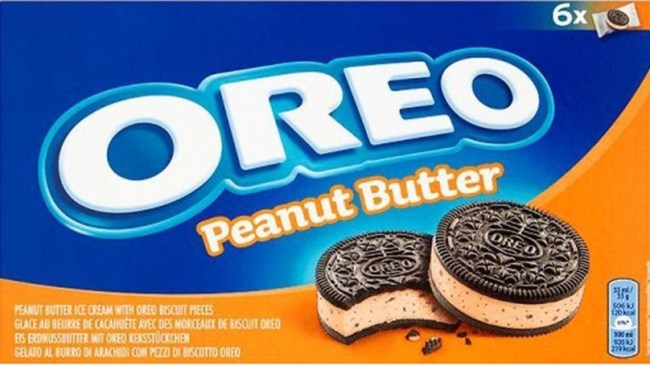 Over the last few years, the people of this fine country have had to deal with Oreo releasing new cookie flavors on an almost monthly basis. Each new flavor seemed shittier than the last, too. Just last month they had Peep-flavored Oreos that were turning people’s poop pink.. I’m sure they tasted as fucking disgusting as the bodily waste they produced. But that isn’t all. They have had everything from key lime to root beer float to Swedish Fish Oreos. And 99.9% of the population probably wanted nothing to do with them.

So you can imagine my joy when I see a headline saying that Oreo is coming out with Peanut Butter Ice Cream Sandwiches! That sounds fucking awesome. Sadly, Orea seems to hate the United States, and money, because they are only releasing them in the U.K.

Goddammit!!!!!! Oreo, you finally launched a new product that I give a fuck about and it’s not available in the U.S.? Why? Why would you give us Swedish Fish-flavored cookies and not this delightful ice cream sando? I hate you. And I especially hate this person who has already tasted it.

Gonna need a few minutes to myself, gang. In a real dark place right now.