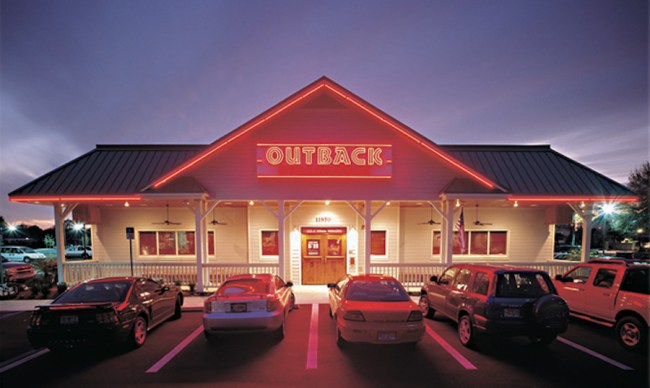 Photos of Outback Steakhouse restaurants across America that show that they align to make pentagrams has gone viral. Outbacks in Arizona, Georgia, Indiana, New Jersey, and New York have locations that make up the star of Satan. The meme went crazy viral on Twitter where most where many believed that it confirmed the existence of The Illuminati and the occult at the Australia-themed steakhouse.

Outback Steakhouse is slaughtering cows and sacrificing them to SATAN: a conspiracy theory pic.twitter.com/RQP8DWUvDt

you could've done this though pic.twitter.com/J8kQluhuxG

Y’all may be on to something pic.twitter.com/fXEsSXR5G3

Is this a gate to Hell?

Did Outback Steakhouse sell their greasy, buttery soul to the devil? Outback responded to their devilish pentagram scandal with a Bloomin’ Onion.

If the Bloomin' Onion is evil then we don't want to be nice. 😉

If Outback Steakhouse starts replacing regular lights with lit candles and starts serving a goat head on a plate with a pentagram on it, then it will be time to worry.

And here we thought that the only way to communicate with Satan was to play Chicago’s 1969 hit song “Does Anybody Really Know What Time It Is?” backwards.