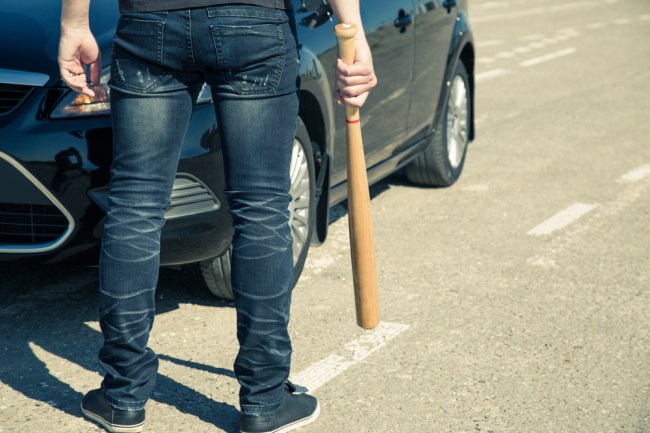 Anyone who has been reading my articles for more than a week knows that I’m infallible. Somehow, I’m incapable of makning ayn mitsakes at all. One blessing of being perfect is my knowledge that if I ever made a mistake, no matter how improbable that prospect is, I’d at least be able to admit I was in the wrong and apologize for my actions.

In the story below, it would’ve only taken the tiniest of apologies for the situation to be resolved. Instead, a nasty seller of counterfeit books got put out of business by a Ph.D. student who went scorched earth after the seller called her a bitch. This is a tale of revenge, and it’s a great one.

This revenge story is two years in the making and is long, so my apologies. Two years ago I started a distance PhD program. My very first full semester in the program consisted of an intro course which is basically “Welcome back to school. Here’s how to do research. Here’s how to do APA citations.” A LOT of it focused on proper APA writing and one of the first assignments was just doing a simple abstract. Okay, I can do that. I pull out my trusty APA guide which I had just bought online and complete the assignment. And I get a D-. I was completely shocked. I’d followed the book to the letter. How the hell did I get a D-? I messaged my professor and told her I followed the book exactly and she did the academic equivalent of patting me on the head and saying, “Of course you did, dear.”
By this time I was thinking I was out of my mind. I sent a Strongly Worded Letter ™ to the APA that basically said, “What the hell is wrong with you guys selling a book like this?” They wrote back and did the business equivalent of patting me on the head and saying, “We’re sorry you don’t like our book.”
Then I started REALLY looking at the book. And I started noticing a lot of typos. Eventually everything clicked and I realized “Holy shit…these are OCR (optical character recognition) errors. This is a scanned and reprinted counterfeit textbook.” So I took a bunch of pictures of the errors and did what any good Internet user would – scribble on them in MS Paint with red arrows, put snarky captions on them and upload them.
My first thought was “Wow, this poor seller got taken advantage of by whoever printed their books.” In retrospect this was probably stupidly naive, but that seems to be a common theme in my life. So I wrote them a very polite email and sent them the photos of the book and said, “I think you might have been provided a pirated version of the book.” Well, the seller didn’t appreciate that and wrote me back a SUPER nasty email saying that my suggestion that they were selling counterfeits was very offensive, all their books were brand new from the publishers, and that I was a bitch they were going to report to the police for slander. Okay, I was pretty upset about the shitty grade, but you wrote me back and swore at me and threatened to report me to the police? Now I’m pissed.
I start by looking up their Amazon seller profile and I notice a couple other people have reported that books received from this seller were missing pages or had other unusual issues.
This is the part where I went full Internet stalker. I searched for their company name and found it was a registered LLC. I got the address from their state’s listing of small business registrations (which turned out to be a fairly nice looking house per Google Maps) then looked up property tax records on the house to get the owner’s name. I found the owner on Facebook and found they had a business website listed under a completely different name that they’d shared all over their FB timeline – and their website was pretty blatant about the whole thing. “We offer you deeply discounted prices by having books printed on demand.” Umm…I don’t think that’s how publishing works.
I reported them to Amazon (where I bought the book). And AbeBooks. And Biblio. And eBay. Basically anywhere I could find them selling anything at all I reported them. I wrote to the APA and apologized for my terse email and sent them copies of the photos of the book along with all the seller’s personal information. They respond and say they’re going to send it to their legal folks and ask if it’s okay if they contact me for more info. Finally, I report them to the FBI Internet Crime Complaint Center.
Today I happened upon my old APA manual and I started wondering whatever happened to them so I dug up the emails with the info and went looking. They no longer have seller profiles on any of the sites. Their website has been taken over by a domain re-seller. The house appears to have been sold last year (which may not be related, but I’d like to think it is.) And the owner’s Facebook page lists them as now working at a place that turns out to be a PayDay lender. I dug through their timeline and found someone asking in October of last year if they were still selling books and them replying with “No. Had to stp.”
Also, my professor raised my grade to a B+.
TL;DR: Internet stalked an Amazon AbeBooks vendor and fucked their shit up because I got a bad grade.

Now THAT is some fan-fucking-tastic revenge. They really went all in on this, devoting themselves to righting an egregious wrong in the world. If you want proof of their actions, the person has uploaded all of the emails to/from the APA, Professor, and Seller into a Google Drive file which you can read by following that link.

The world needs more people like this, people willing to go to the ends of the earth just because someone’s being a complete fucking prick. I love it.