Protein Powder Made From Electricity, Air And Microbes May End World Hunger 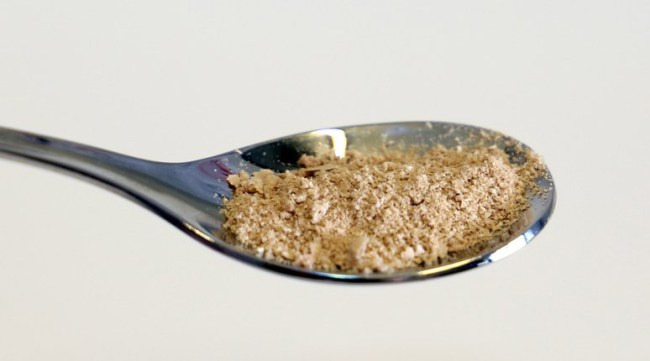 Researchers in Finland have created a protein powder could be a possible game-changer in ending world hunger. The scientists were able to create an edible protein powder that was made from only electricity, water, carbon dioxide, and microbes. In a press release from Lappeenranta University of Technology (LUT), with the help of the VTT Technical Research Centre of Finland, the school outlines how they have created a batch of single-cell protein that is nutritious enough to serve for dinner.

The project, which is called “Food From Electricity,” he synthetic food was able to produce a synthetic food using a system that is powered by renewable energy, such as solar energy. So not only does this food source quite simple, but it is also sustainable. The raw materials are exposed to electrolysis in a bioreactor, and the final product was a powder that consists of more than 50% protein and 25% carbohydrates. The texture of the food substance can also be changed by altering the microbes used in the production. They are also investigating the protein powder as animal feed.

“In practice, all the raw materials are available from the air. In the future, the technology can be transported to, for instance, deserts and other areas facing famine. One possible alternative is a home reactor, a type of domestic appliance that the consumer can use to produce the needed protein,” explains Juha-Pekka Pitkänen, the principal scientist at VTT.

To make the substance they use a bioreactor the size of a coffee cup, and it takes approximately two weeks to produce one gram of the protein. Pitkänen believes it will take a while before it is a more efficient process and available to the public. “Maybe 10 years is a realistic timeframe for reaching commercial capacity, in terms of the necessary legislation and process technology,” Pitkänen said.

“Compared to traditional agriculture, the production method currently under development does not require a location with the conditions for agriculture, such as the right temperature, humidity or a certain soil type. This allows us to use a completely automatized process to produce the animal feed required in a shipping container facility built on the farm. The method requires no pest-control substances. Only the required amount of fertiliser-like nutrients are used in the closed process. This allows us to avoid any environmental impacts, such as runoffs into water systems or the formation of powerful greenhouse gases,” says Professor Jero Ahola of LUT. The protein powder could significantly decrease global emissions by providing a food stuff that comes from the air and does not require livestock or crops.