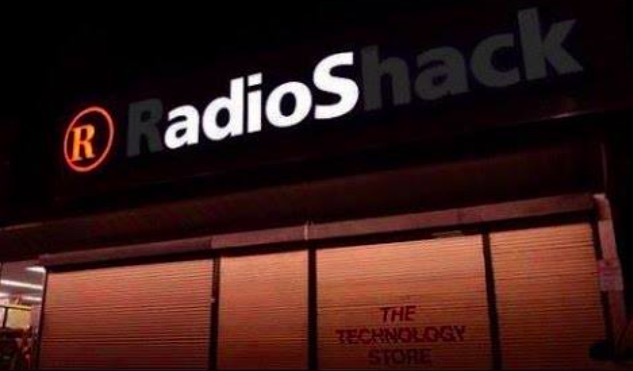 You really gotta tip your cap to Radio Shack, they’ve been dying for like 10 years and just refuse to call it quits. In March, U.S. electronics chain filed for bankruptcy for the second time in a little over two years, following 11 consecutive quarterly losses. RadioShack is in the midst of closing approximately 200 stores and will evaluate options on the remaining 1,300, the company said in a statement.

Even when it’s stores began to eat each other, Radio Shack still remained the number 3 place your grandmother would look for a walkie talkie. Pure resilience. 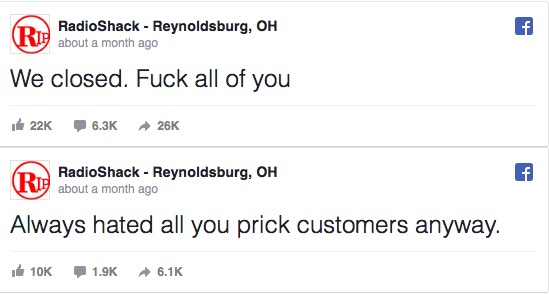 Radio Shack has fully embraced its demise, evident in the recent live tweeting of various stores selling their used office furniture. The once electronics giant is now treating their closing like a garage sale. Every penny counts.

Everything is for #sale at #radioshack! Talk to your store manager about offers and pricing on retail fixtures. https://t.co/WEnRMIH3Ix pic.twitter.com/a56VnGV3hn

Stop by your local #Radioshack, where all our extra supplies are for #sale. Stop in today and see what great bargains you can find. pic.twitter.com/6gOLUofP7U

Opening a new business, need a new glass display case?? Well we got you! Everything is for sale… pic.twitter.com/LN6LwjTNdr

Racks on racks on racks….Everything is for sale at your local #radioshack!! Come down for our last days!! pic.twitter.com/pxihDctLK5

These metal literature racks for pegboards are a great way to organize reading material. Everything is on sale at your local #radioshack! pic.twitter.com/pBZR9Rwtki

@RadioShack Do you have any used toilet plungers?

You had a good run, Radio Shack. Nothing to hang your head over. P.S. In the market for some Kush, any of your employees packing? HMU.