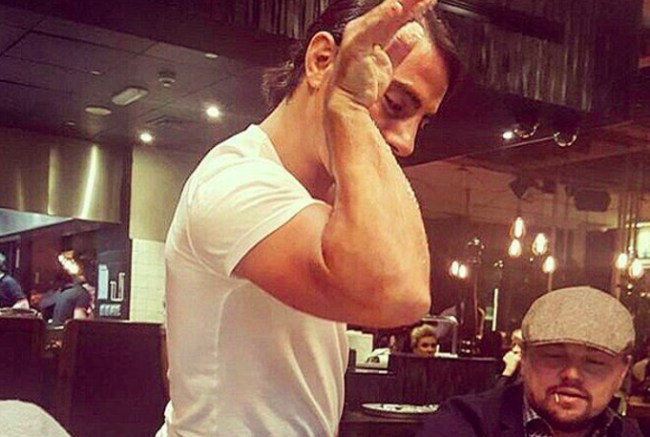 You know who can bring us together as human beings? The meat-loving Internet sensation known as #SaltBae, which is easily best thing to happen to the Internet in 2017. The biggest Bro King in the Universe, Leonardo DiCapro, recently had a night out at his signature steakhouse in Dubai. Wearing the only t-shirt that he owns (seriously, the man owns nothing but expensive white tees), he was pictured doing his signature money shot for King Leo.

This pic brings me so much joy. Please open a steakhouse in New York City, #saltbae. American needs you.