Scientists Have Found The Mystery Force That Is Pushing Our Entire Galaxy At 1.4 Million Miles An Hour Across The Universe 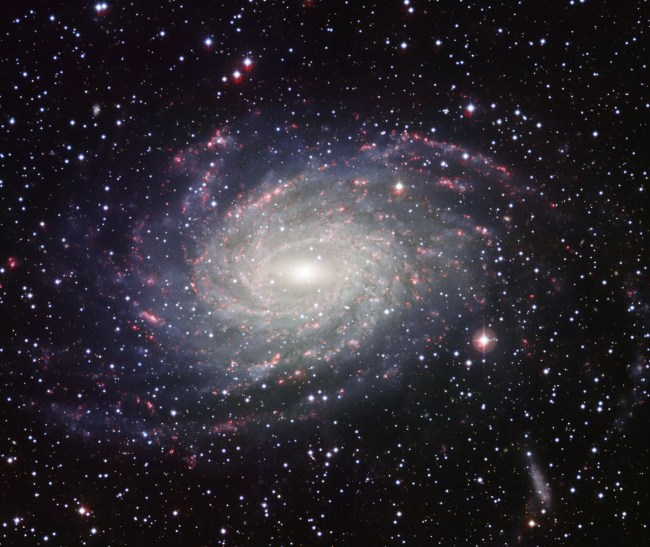 You already knew that you were spinning at roughly 1,000 miles per hour (depending on how close or far you are from the equator). And you’re all intelligent individuals (Hence why you read BroBible) that already knew that the Earth is rocketing around the sun at about 67,000 miles per hour. But it turns out that our entire galaxy is also soaring through the universe and we now know why we are being catapulted.

For years, scientists were aware that the Milky Way and Andromeda galaxies were hurtling at 1.4 million miles an hour through the universe, in respect to the expansion of said universe. Now they believe they know what is pushing our galaxy and the culprit is an intergalactic void. Motherfucking intergalactic voids! I KNEW IT!!! THOSE FUCKERS ARE ALWAYS PUSHING AND STARTING SHIT!!!

Researchers led by Prof. Yehuda Hoffman at the Hebrew University of Jerusalem laid out their reasoning for why the Milky Way and our companion galaxy Andromeda are zooming through space at mad speeds. They discovered a practically empty region in our galactic neighborhood called the Dipole Repeller that is pushing our galaxy.

They also blame a very dense galactic neighborhood called the Shapley Concentration, a region of a half dozen rich clusters of galaxies with stars and dark matter aplenty, approximately 750 million lightyears from the Milky Way. The overdense areas pull the Milky Way while the understarred region pushes us away. Fuck you understarred region, we didn’t want to be by you anyway.

“By 3-d mapping the flow of galaxies through space, we found that our Milky Way galaxy is speeding away from a large, previously unidentified region of low density. Because it repels rather than attracts, we call this region the Dipole Repeller. In addition to being pulled towards the known Shapley Concentration, we are also being pushed away from the newly discovered Dipole Repeller. Thus it has become apparent that push and pull are of comparable importance at our location.”

Hey Dipole Repeller, congratulations on being forever alone and don’t text us when you’re lonely and drunk.