Two San Antonio police officers have been fired for an inappropriate and sexual relationship that went down while they were on the beat. Officer Eman Fondren, a four-year veteran of the department, and Officer Rebecca Martinez, who had served in the department since 2010, were both handed indefinite suspensions back in April, but have since been fired for fucking around on the job.

Back in 2015, Fondren’s wife discovered sexts of her husband’s tawdry extramarital affair in when she found a backup of his texts on their shared laptop. Fucking rookie. Besides raunchy sexts there were also nude photos that Fondren and Martinez had exchanged. The wife got into a physical fight with Martinez on Christmas and she was arrested. She was charged with misdemeanor assault and jailed. Martinez allegedly visited Fondren’s wife’s jail cell and began taking cellphone pictures of her.

Savage. But not smart.

The assault charge was dismissed after eight cellmates told internal affairs investigators what Martinez did. Authorities found that Martinez used her police computer to run two background checks on Fondren’s wife, which is illegal and violates state laws as well as intradepartmental rules.

The couple divorced in October 2016, a year after Fondren’s wife discovered his affair with Martinez, and she informed authorities of the affair as well as the sexual conversations between Martinez and Fondren. The San Antonio Police Department followed that up with a lengthy investigation into the affair and found that the two officers turned off the GPS in their cruisers while they were on duty so they could meet up and engage in “sexual misconduct.”

Using internet air cards, the internal affairs investigators determined that the two met in the parking lot of a Home Depot where they say an act of sexual misconduct was commited. 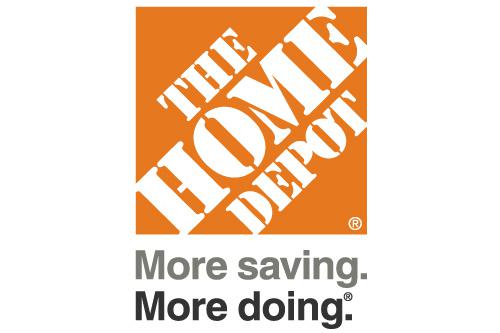 The attorney representing both officers in arbitration told The Defenders via email that video captured by Home Depot surveillance cameras shows that the officers were not with each other long enough for a sexual act to take place. The attorney also said neither officer gets out of their patrol vehicles during the footage.

In December, the SAPD released over 160 pages of text messages that the two cops exchanged while they worked the overnight shift and they are rather risque. And several suggest that the cops did indeed fuck.

Martinez texted Fondren, “I can’t believe u put yourself out.. Drive (sic) to HD, drove to the parking lot.. Stripped, did me, came and got dressed again in 15 min. That blows my mind!”

Fondren texted Martinez, “… wished me (sic) would of had that place the first time. Better than doin it in a prkin (sic) lot lol.”

“You may need to give me that dick at work. I’m craving you,” Martinez said, to which Fondren replied, “I’m sure it will happen. It is kinda ‘risky’ lol just sayin, I’m down for it tho.”

Fondren wrote this to his coworker, “Lol… woo you ARE a freak huh haha. I’m all for it but we gotta do it like on our days off. Not this (sic) quickies on duty ya kno (sic) like on Tuesday.”

Martinez texted, “I’m waiting for u on the sofa in the living room.”

Fondren was at a fatal shooting and informed an off-duty Martinez that he will be unable to meet up, “Following the victim to Sammc. I’m stuck at this shootin (sic). In (sic) stuck at the scene guy died with gsw (gunshot wound) to the chest.”

Martinez confessed to investigators that she and Fondren did have sex in her home, but before their shifts started.