This madman wants to fight everyone on the goddamn beach. Is anyone fighting back? Nope. This gentleman doesn’t give a care. He’s here to chug Keystone Ice and wildly throw punches at random people. And he’s all out of Keystone Ice.

What this erratic spring break slugger lacks in technique he more than makes up with it by recklessly launching haymakers at people. Unfortunately for several of them, they got knocked out and probably were not even aware that they were involved in a fight.

This looked like every shitty movie where the hero takes on a mob of combatants in a fist fight, but instead of attacking him at the same time, they battle him one man at a time and they all get their asses handed to them. 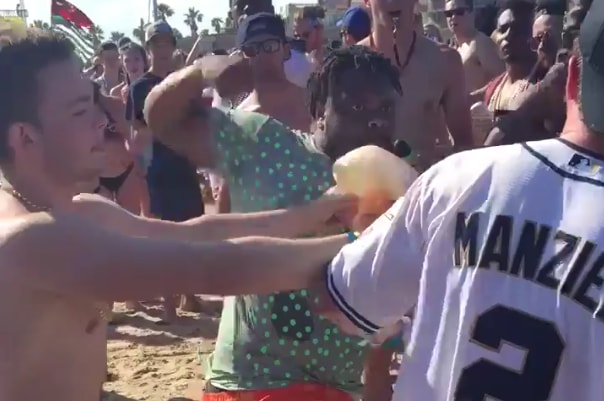