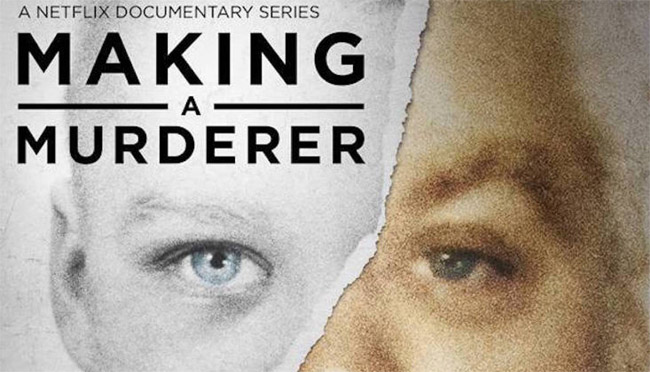 Steven Avery’s lawyer Kathleen Zellner just dropped a 1,272-page document on Manitowoc County implying that someone they never considered might actually be the real killer of Teresa Halbach.

Zellner, who has used her skills to get multiple cases overturned throughout the years, took over the case for the star of Netflix’s Making A Murderer after his many appeals had been denied, is confident he will eventually be exonerated.

Back in March of 2016, Zellner claimed she had a couple of other suspects in mind, but refused to say who they were for fear of scaring them off. Now, apparently, she feels confident enough to imply that at least one of them is Teresa Halbach’s ex-boyfriend.

In her motion, Zellner tries to pin Halbach’s murder on an ex-boyfriend, claiming he had motive and opportunity and that he misled investigators about damage on Halbach’s vehicle.

Zellner tweeted that Avery’s jury “did not hear evidence” on the ex-boyfriend.

Misread:SA need not prove RH is killer- but RH is suspect cops never eliminated -SA's jury did not hear evidence on RH. #MakingAMurderer

In Zellner’s report she claims that Halbach’s ex-boyfriend was physically abusive and lied to the police when they interviewed him, cops a fake name. She also claims that at the time of the interview the ex-boyfriend had injuries to his hands, including scratches that appeared to be made by fingernails.

Zellner also claims that the ex-boyfriend had access to Avery’s land as well as Halbach’s house, giving him “complete control of evidence.” He was also the person who led police to the location of Halbach’s car on Avery’s property.

As far as the Wisconsin Department of Justice is concerned, they don’t seem overly concerned…

“We are confident that as with Mr. Avery’s prior motions, this one also is without merit and will be rejected once it is considered by the court. We continue to send our condolences to the Halbach family as they have to endure Avery’s ridiculous attempts to re-litigate his guilty verdict and sentence.”

“I need to read the entire filing before I respond to specific allegations.

“However, Ms. Zellner must know that Brendan Dassey was convicted by a 12-person jury, based in part on his March 1, 2006 interview with law enforcement. For Ms. Zellner to allege that the prosecutor ‘knew the confession was fabricated’ is incredibly irresponsible, and frivolous. I understand she has launched 1200 pages of allegations to see if anything sticks–Ms. Zellner, in early 2016, promised test results that would ‘prove’ her client was wrongfully convicted—I suspect that, with science apparently now confirming Mr. Avery’s guilt, she has chosen to make whatever incendiary allegations she can to make headlines, with little regard for the Halbach family or the truth.”

One of Zellner’s former client Ryan Ferguson, who she helped free after 10 years in prison for a murder he did not commit, says, “The reckoning has come.”

Meanwhile, Brendan Dassey still sits in prison, despite being told he would be set free and able to finally catch that WrestleMania he’s been wanting to see for years.

Read even more details about this new information over at WBAY ABC 2.