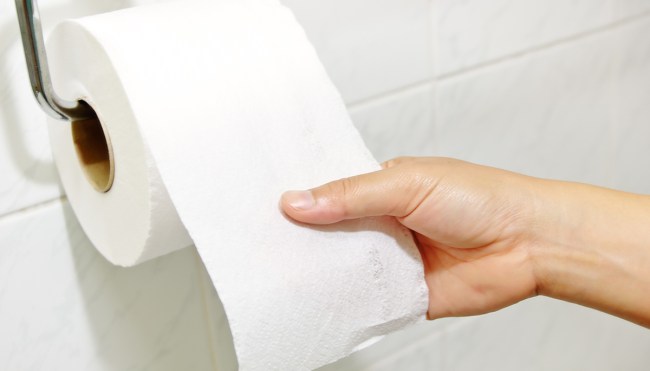 Dr. Gilda Carle, “relationship expert to the stars” and TV therapist, devised a personality test based on the toilet paper traits of people, and believes that the results of her study reveal behaviors based on which direction you put the crapkerchief on the roller.

Carle, deemed “the busiest television therapist in the business” by the New York Times, created the Toilet Paper Personality Test to link the correlation between the over and under poo paper preference and an individual’s personality.

“Originally, I created the Toilet Paper Personality Test as a fun way for people to assess the behaviors they use daily, often without thinking,” she told i100. “I queried a random sampling of 2000 men and women, aged 18 to 75 of different ethnicities. I asked them whether they roll their toilet paper over or under. I also questioned how assertive they were in their relationships with others, on a scale of 1 to 10.”

Carle discovered that “people who roll over are more dominant than those who roll under,” while the unders are more submissive. Take that you weak cucks who tuck your TP under!!!

Carle suggested that you could use this information to see if you’re compatible with new partners.

“While it adds humor to the conversation, it also provides oh-so-much insight about your future compatibility with that person,” Carle said.

Yeah, you like-minded under weirdos need deserve each other and hopefully one day realize the complete error in your ways together.

A 2008 study of “bathroom habits” showed that an overwhelming amount of the population is on the right side of the great toilet paper debate with 75 percent of people saying that they prefer their ass napkins over.

People are so passionate about the direction of shit sheets that one in five will actually change the way the toilet paper is hung even when in someone else’s home.

Finally, we have definite proof that the under people are diseased.