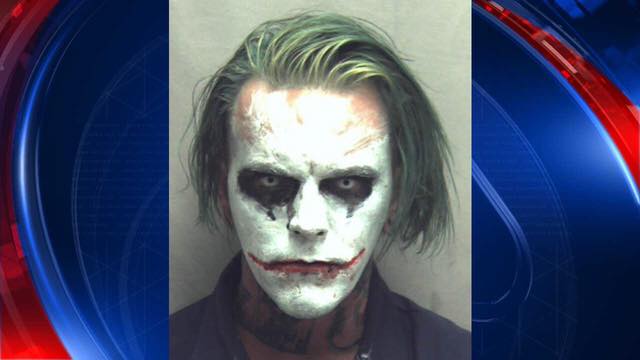 Jared Leto wishes he could look as psychopathic as this dude. A man was arrested in Winchester, Virginia after several 911 calls were made to the police complaining of a man dressed as the Joker and carrying a sword. Why so serious?

On Friday, cops from the Winchester Police Department arrested 31-year-old Jeremy Putman for being dressed as the Clown Prince of Crime.

He was arrested for wearing a mask in public, which is a felony that can result in a sentence of a year in jail. I understand that it is legal to open-carry any kind of knife in the state of Virginia, so there goes that charge. So they charged Putman for wearing a mask in public? That’s some bullshit made-up charge especially since his face was painted. What the fuck do cops do during Halloween? What about girls who wear too much makeup?

I’m not saying this seemingly disturbed individual shouldn’t be heavily monitored, especially since he’s a 31-year-old man pretending to be a comic book villain.

Putman is being held on a $2,000 secured bond. It could not be determined if he has a lawyer.

The Joker doesn’t look as scary when it appears that he just left Massage Envy in the middle of his facial. 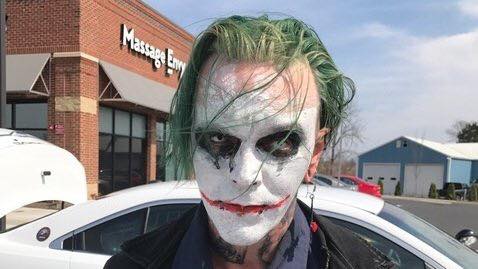