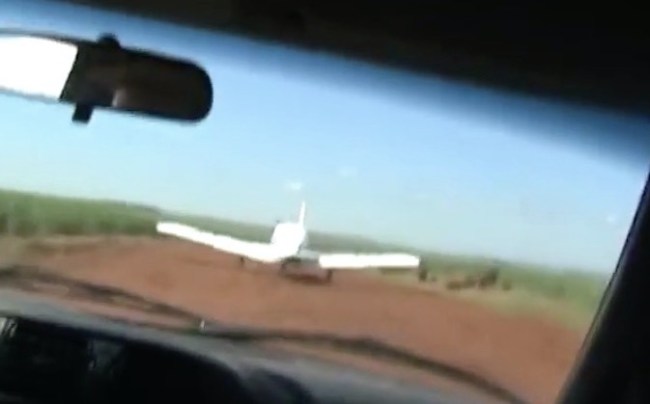 Drug busts in Brazil are handled just sliiiightly differently than here in America if this footage is any indication. Here, we’ve got some police officers chasing down a drug plane before it takes off. In order to stop the drug plane from flying off into the sun and bringing the drugs to god knows where the cops pulled some savagery that I’d only expect to see in Grand Theft Auto:

If that Streamable embed isn’t loading for you, you can click here to see the video on Vid.me.

They don’t bother with blocking the plane’s path. That maneuver could actually just put them in harm’s way, with the plane potentially crashing into their vehicle and injuring the officers. Instead, they opt to just plow into the plane and clip a fuckin’ wing off like they’re in a video game.