How to Tell If The Molly You Bought Is Legit 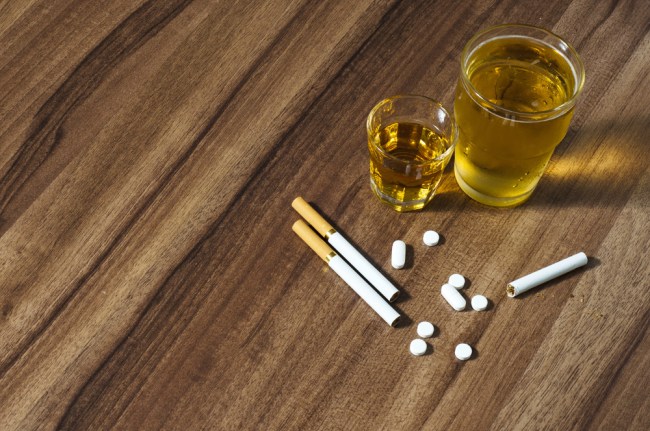 “Eighty-six percent of the molly we confiscated doesn’t even test positive for MDMA,” – NYC Police Officer while he was fingerprinting me at the 35th Street Precinct.

For those of you that don’t know, Dec. 29th, 2013, was night two of Phish’s legendary New Years Eve run at Madison Square Garden and it also happened to be that night I added “victim of New York’s fascist Stop-and-frisk program” to my “head” resume.

[Throughout the years, I have been able to see Phish more times than I care to remember and as of 2013, began making a point of refusing to see them live anymore because of the constant bad vibes surrounding their shows, but after seven months, four days and idk how many shows missed, i broke my golden rule and agreed to go linked up with my friends from the West Coast, who were kind enough to produce birthday gifts consisting of a free floor ticket and two grams of NYC delivery-grade cocaine. We had two drinks in the hotel bar, hopped in a black car and headed to the Garden to meet up with our other friends. Less than one hour later, I was in cuffs, busted for those two grams, along with a micro g pen vaporizer and two beautiful grams of Rocky Mountain BHO Hash.]

While I was being fingerprinted, the arresting officer told me two things:

A. That I had the best cocaine in lockup that night (wonder how he knew), and

B. That 86% of all the “molly” they confiscate ends up NOT testing positive for MDMA.

So, whether your a summer intern living in New York City and considering popping a few “mollys” for the first time before Electric Zoo (are they even having it this year?) or you’re just looking to have a little extra fun in the Hamptons this weekend, there’s a pretty damn good chance that what you’re ingesting is not at all what you think it is,.

So here are a few helpful tips when it comes to MDMA.

Real MDMA and real fishscale cocaine look somewhat similar–think big junks (scales for coke, shards for MDMA), off white or yellow in color and bitter as all hell when you taste it. MDMA is not PERFECTLY see-through or clear. It does not have pink or purple polka dots, pockets or stripes like the fake crap that goes around NYC, and I assume, the rest of the world.

[The last time I saw real MDMA in shard form was in 2012, again at a Phish show–in return for a favor, I was gifted half a gram. It was one solid chunk with multiple shards sprouting, bitter as fuck and would best have been described as having pockets of clarity, while being off white or yellow and murky in appearance. i dropped the entire chunk into a gallon of water, a trick used to remove the cutting agents, which will sink to the bottom as pure MDMA is water soluble, and drank the gallon, along with a bottle of Jack and 5 hits of acids. Needless to say it was one of my most epic trips.]

Assuming you do not have connections with a chemist, its more likely than not that the “molly” you will receive will come in a capsule or powder form, not in a large “shard” form as mine did, which can make the sight/taste test much harder.

It goes without saying that sometimes a head knows more than science, but I’ll always rely on science over a head–meaning that, the only way to know for sure what substance you have in your dime-sized bag is to test it. For that, were gonna need a bunk tester kit from the fine people at bunkpolice.org.

The basic kit tests for a slew of drugs (far too many to be listed), and Bunk Police also offer more advance kits, for specific drugs like LSD or Psilocybin. The testing process is simple, fast and not only tells you what active drugs are in the sample but also what–if any–cutting agents are in there as well.

As their website points out, even testing your drugs isn’t foolproof, so always proceed with caution when taking drugs from an unknown source.

Lastly, and most importantly, it’s worth noting just what you can expect to find in your “molly” if she isn’t really what she claims to be. If you’re lucky, it’ll be a combination of Meth or Caffeine and inactive agents. But more likely than not, it’ll be one of the slew of other “alphabet drugs” or “research chemicals,” all with various hallucinogenic properties and different chemical structures.

These so called “Research chemicals” are unregulated drugs, neither illegal nor approved by the FDA, and are often used by greedy smugglers to trick regular people into thinking they have taken MDMA.

Since these so-called research chemicals can be purchased on the internet at a fraction of the cost of real MDMA, its become common place for smugglers to either cut MDMA with these compounds or sell these compounds as MDMA. There is one compound in particular, known on the street as PMA, that is said to be responsible for the deaths associated with MDMA. While I have had no personal contact with PMA (which stands for para-Methoxyamphetamine), I will say that given the fact that PMA will cause a severe increase in body temperature, I’d rather just stick to smoking weed and eating pounds of bacon than go messing around with something that will cause my body temperature to rise to levels hot enough to cook that same bacon.

With caution and intent to inform, I’ll leave you with this–if you look at the toxicology report and statements made by witnesses or victims themselves, the deaths at last year’s Electric Zoo festival occurred because of a lack of awareness, which means those deaths could have been avoided. So please, keep them and the information above in mind when partying this summer.

Drug dealers lie, drugs will kill you and knowledge is power. Buy a kit, take reasonable doses based on your experience and body size, stay alive and dance your fucking ass off. *Bass Drop*

Author’s Note: I’d just like to say that in 2014, I tend to stay away from drugs I can’t confirm as being pure by sight and taste, especially when a mistake could cost me my life or the life of a fellow Searcher. It was one thing to take a SINGLE hit of E in 2005 and not worry about the meth in it, but its quite another to consume UNNECESSARY AMOUNTS of truly unknown substances which, given the slim margin of error, can easily and quickly take your or your friends’ lives. Music, adventure, knowledge and family–these are things we seek and if you choose to join us on our trip, come seeking the same, for those that come with pure intentions will have pure minds, and purity is the thing that separates our world from theirs. Namaste.