8 Things Every Guy Needs To Know About Turning 30 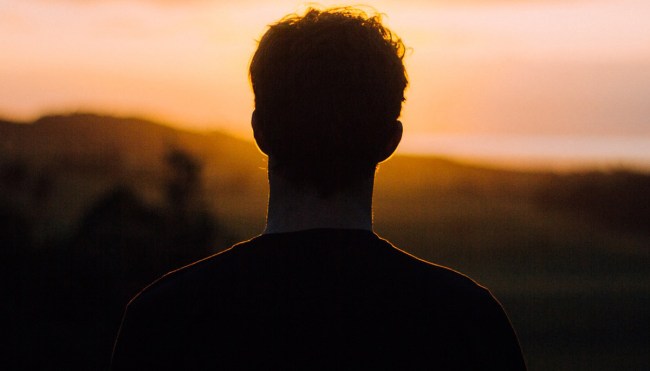 Turning 30 is terrifying. Suddenly, you’re supposed to be an actual adult and all your dreams seem like silly childish fantasies, and… sorry, I started panicking there for a moment.

The truth is that turning 30 doesn’t have to be all that scary as long as you know what to expect.

You might not have your life together as much as you wanted and you’re never going to Cancun for spring break again, but as long as you understand and accept these nine things that every bro needs to know when they turn 30, you’re going to be alright.

Let’s not beat around the bush. I know this stings, but you are now the “old guy.” Just think about how goddamn old someone in his 30s seemed to you back in the day. Yeah, that’s you now.

Of course, “old” is just a relative term. As long as you understand that you are 30 and that everyone younger than you thinks you are made of dust and cobwebs and probably fought in the Civil War, and don’t try to act like the creepy dude who can’t let go, you’ll be fine.

Just don’t be that dude who thinks he can still “pass” as a college bro. You show up for a party and everyone just thinks you’re an undercover cop. You know the dudes I’m talking about.

Everything Starts To Hurt

You don’t want it to be true, but all that dumbassery from your youth comes back to haunt you. You turn 30 and suddenly that time you tried jumping from a giant rope swing into a kiddie pool like a drunk Tarzan seems like it might have been a mistake.

That’s because everything you’ve ever sprained, broken or just looked at kinda funny starts to ache.

Meanwhile, things that only happen to old people start making their presence known in your life. A hernia? Arthritis? Come on, man. You start needing Pepto after meals that you used to destroy like King Conan back in the day, and your last hangover made you feel like an extra in The Walking Dead, and I’m not talking about one of the human characters.

You Have To Moderate

This one is painful. You can still have a good time, you can still eat and drink whatever you want… you just can’t do it all the time.

When you’re young, you can pretty much just do whatever and somehow it magically all works out. But then your metabolism starts slowing down, dad bod rears its ugly head and soon you realize that you’re never, ever going to get ahead of this stuff unless you actually *gulp* work at it.

I’m not saying that you have to go all vegan CrossFit sober warrior, but you do need to eat a vegetable once in a while, work out occasionally and maybe nurse a couple of beers with your bros rather than trying to crush an entire case in one night like you used to.

I don’t know what the hell happens, but about the time you turn 30, your genes decide it’s time to unleash Bigfoot. The next thing you know, you’ve got hair coming out of every goddamn place on your body, beanstalks of hair are coming out of your ears, and you start to wonder if you’re in the middle of a werewolf transformation.

Of course, if you’re unlucky, this is also accompanied by hair fleeing all the places it should be, which pretty much just means the head, and even if you manage to win that battle, your hair will decide to be a dick and start greying up on you.

Going from Han Solo to a washed-out version of Chewbacca is grim, but you need to be prepared for it.

Everyone Will Seem Dumb

Nobody’s prepared for this until it actually happens, but everyone younger than you will seem like a complete imbecile. They’re not. They’re actually just younger versions of you, all idealistic and ignorant, but that doesn’t really matter.

They will drive you nuts with their reheated takes, moan about things that don’t really matter, and then you’ll find yourself writing things like this, which everyone reading will just interpret as “Get off my lawn!”

Anyway, this one sucks because one day, you’re ready to protest Burger King for only using white potatoes to make their fries along with everyone else, and the next you’re wondering when Idiocracy became real and whether or not you should vote for President Camacho.

You Start To Forget Things

When you’re young, you remember the names and faces of everyone you ever met. Then you hit 30, and pretty soon even people you were friends with start to fade into the hazy recesses of your brain where murdered brain cells used to live.

That’s because when you’re younger, there’s really only a few years separating you from any memory. When you turn 30, though, suddenly there is half a lifetime between you and certain people from your past.

It’s an awful feeling to think of an old friend and have to think for a long moment because their name doesn’t just come to you. You swore it would never happen to you and yet, here you are.

Meanwhile, time starts to warp on you, and what used to feel like a lifetime (think about how long it took to get from 13-18) suddenly goes by in a blink.

You find yourself constantly thinking things like “It’s been five years already?” while friends disappear, opportunities get lost, and that thing you planned to do “when I’m ready” happened almost a goddamn decade ago.

It’s almost cruel, the way that it all goes down. You turn 30 and before you can even adjust to any of it, you’re already three-quarters of the way to 40. You can’t just assume that everything will eventually work out, the way you could as a kid, when even a few months felt like years.

You have to act on everything right away, or else you miss out on all of it, and that’s no way to live while time and space bend around you.

Somehow this is all Einstein’s fault.

It Will All Be Okay

I feel like Robin Williams in Good Will Hunting grabbing you like Matt Damon right now, hugging you and telling you “It’s okay, it’s not your fault.”

It’s okay. It’s not your fault. You’re turning 30, just like everyone else, and it’s all gonna be just fine.

The trick is that you have to turn 30 gracefully. You have to accept what that means and not fight it. The longer you fight it, the harder it’s going to be on you, and the more you’re going to look like a sad pathetic loser.

Don’t be that dude. You can’t fight time. It’s just going to run away from you and by the time you become okay with being 30, 40 will be right around the corner and then you’ll start freaking out again.

So, just chill, bros. Chill and understand that it’s okay to be a little older, and hopefully, a lot wiser. You’re not 20 anymore, but that’s okay. That just means you’re not a dumb moron anymore.