5 Things Guys Say To Themselves After A Break Up 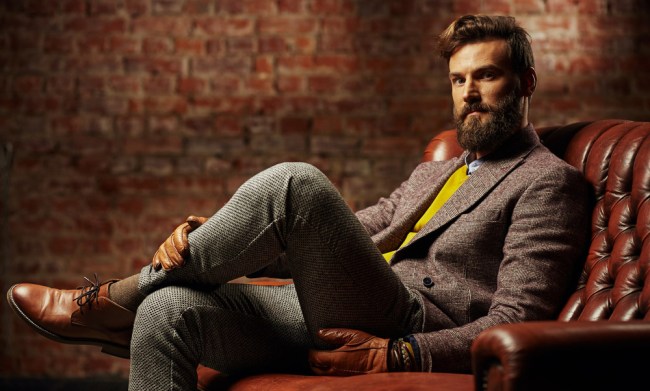 Well, looks like you and the significant other are now just “others”. Now someone you spent your nights getting close to and your days getting to know will slowly fade into obscurity. A person you spent as much time as you could with for a moment in time is now on the path to becoming a complete stranger to you. It’s sad, melancholy, and a little lonesome after a parting…until the first time you have sex with someone else after a break up. Then you don’t care anymore because you can recognize you’re still prime real estate and up for auction. Eventually you’re going to realize how annoying you were after the break up. You’ll realize these five things you said were bullshit.

“I have so much free time”: Guess what bro/lady bro, half the time of your relationship you were on a couch with Netflix on just trying to get laid. Now that you’re single, you’re still going to lay on the couch watching Netflix and try to get laid. Whether it be watching nostalgic 80’s movies while on Tinder or trying to get an unhappy significant other to mess with your junk its time spent the same way.

“I can’t wait to hit the gym again”: Fun fact, if you stopped working out during your relationship, you probably didn’t like going to the gym to begin with. This means you’ll spend 2 weeks going to the gym for a few blasts of serotonin until you inevitably fall out of the habit again. Your slobby nature came out in the relationship and probably ruined it.

“I think I need to be outdoors”: Let me tell you something, much like your ex, people who love the outdoors don’t want you. They’ve taken the time to leave no trace behind, to enjoy the little things in life and to test themselves physically and mentally. They don’t want your ass out getting in the way as you huff and puff then throw Aquafina on the ground. You don’t need to be out doors, you need to be in a park where it’s safe.

“I should get a hobby”: Just start drinking more. Hobbies are expensive and you end up meeting people unexpectedly. Same shit happens at a bar, so, go to a bar instead.

“I think I’m going to stop looking”: The old adage “You find love once you stop looking” is misinterpreted. It doesn’t mean that if you stop looking someone will magically appear with undying love for you and magic genitals to give you all the orgasms you’ve dreamed of. It means that once you get comfortable enough with yourself that you don’t need to search anymore you’ll end up happy with someone and be able to communicate with them your wants and needs.

I hope I taught you a little something today, or maybe I made you giggle. Who knows what each week will bring you? Let’s all join together in the comments section and let me, Bread Foster, know how you feel. Either way, if you want more stories and advice from a guy who got a 3.5 average and a 0% attendance record pick up my book, “Dude, Bro The How to College Guide Your Parents Don’t Want You To Have” here.