This Video Of A Bride Icing A Groom During A Wedding Garter Toss Is Proof That Icing Is Officially Back!

Did you get the memo? Summer 2017 is the summer that the hottest craze of 2010 makes a comeback. That’s right — #BrosIcingBros is officially making a comeback. As proof, we present the video DMed to the BroBible Instagram account over the weekend. This bride in the video above won Icing in the best way imaginable. It is #RELATIONSHIPGOALS.

P.S.: This pic of Dustin Diamond that we posted in 2010 will always be my favorite pic from the Bros Icing Bros craze back in the day. Too bad the Screech took the game WAY too far a few years later. 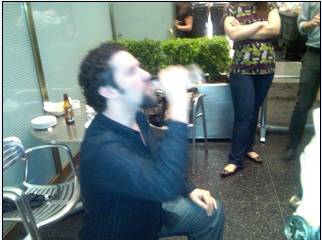