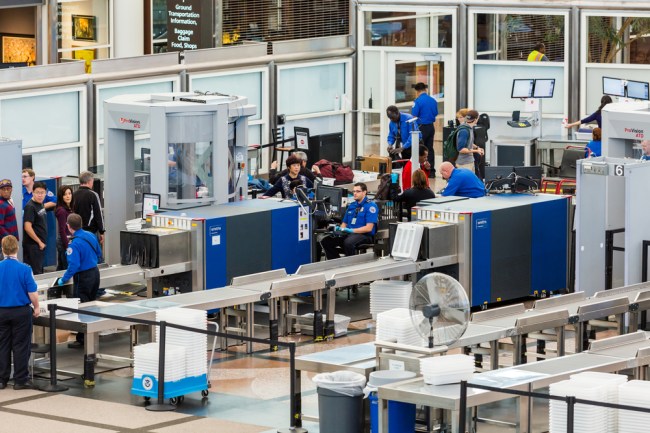 The TSA finds some truly bizarre items in the luggage of people traveling at our nation’s airport. If you’ve never seen their Instagram account there are some fantastically bizarre finds (examples below) of the sorts of strange things people try to smuggle through security.

Over the weekend, a TSA officer at Boston’s Logan airport spotted a living dinosaur inside of someone’s bag, a 20-pound lobster. Flying with live lobsters is permitted by the TSA so long as the lobster is contained within a clear plastic bag. In this case, the MASSIVE 20-pound lobster was contained within a cooler and according to the TSA spokesman Michael McCarthy, the lobster “cooperated quite nicely with the screening process” before being allowed to pass through.

TSA spokesman Michael McCarthy shared a photograph of the gargantuan 20-pound lobster on his Twitter page: 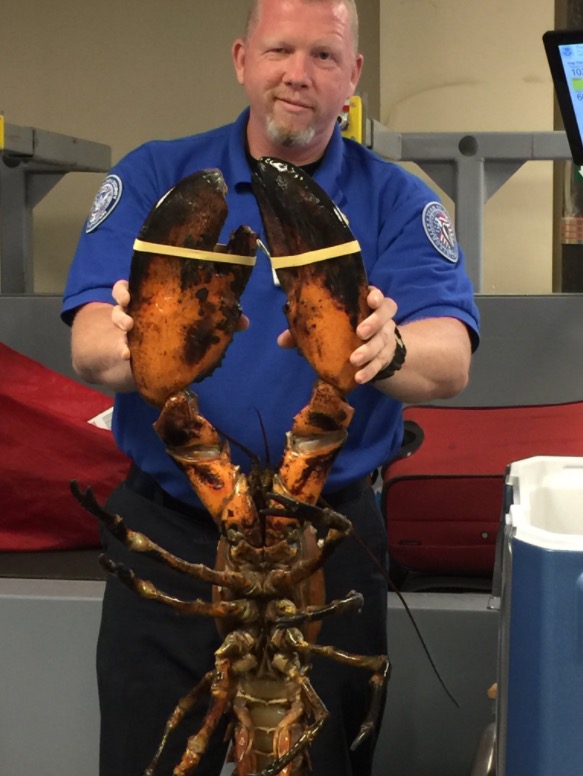 The caption from their Instagram page reads “This Boston Logan (BOS) TSA officer found himself in a pinch and needed to remove this giant lobster from its container to resolve a checked baggage alarm. This is proof that lobsters are allowed in carry-on and checked bags. As you can imagine, they’re a popular item at New England airports. Just check with your airline first for packing guidelines. Oh, in case you were wondering, butter and cheddar biscuits are permitted as well.”

Above I mentioned the bizarre things you can see on the TSA Instagram page, here’s an example of that: