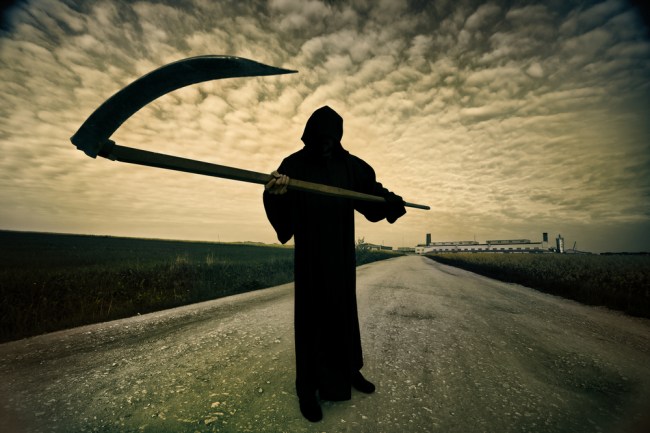 Two cases of The Plague, aka Black Death, have been reported in New Mexico. These are the 2nd and 3rd cases reported so far in America this year, and both cases were reported in Santa Fe County. Yes, I’m talking about the same plague that wiped out somewhere between 75 and 200 MILLION PEOPLE in Europe between 1346 and 1353.

The Black Death is usually passed to humans from infected fleas. The fleas come in contact with people because they live and travel around on the backs of rodents (rats, etc). The early onset symptoms of the plauge include sudden onset of fever, chills, headache, and weakness…So, is it time to panic? Is there going to be an outbreak of the Black Death in America? Nah, it’s not likely. There were only 4 reported cases in New Mexico last year, so it is alarming that there are 3 already and we’re only through the month of June.

2016 was the year of Zika Virus panic. Tropical weddings were canceled, countless vacations postponed, Major League Baseball rescheduled multiple games between the Marlins and Pirates. All of the major news organizations in America wanted us to believe the sky was falling and the Zika Virus was out to get us all. In 2014, FOX, CNN, ABC, NBC, and everyone else has the public panicked over the Ebola Virus outbreak even though there were a whopping 4 cases of Ebola in the U.S., and all travel related.

The mainstream media loves to freak us the fuck out over disease outbreaks in the Summer because the news organizations need to keep the ratings up. Thankfully for us, they have plenty to report on these days with the political climate in the U.S. and we’re not forced to suffer through the usual Summer scare tactics.