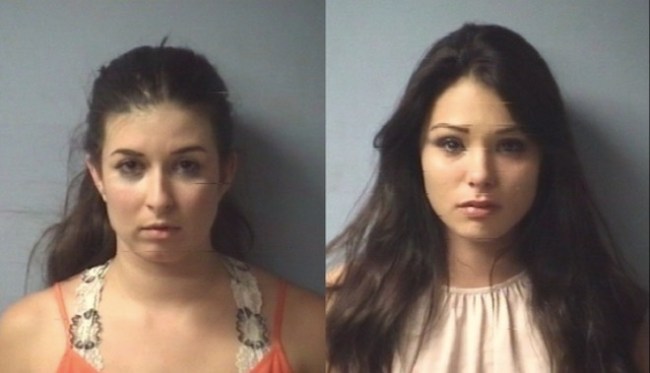 This is a story of one righting her wrongs. Admitting fault. Owning responsibility. And being rewarded for her egoless honesty. A true coming-of-age tale.

Just kidding, she was handcuffed faster than Subway Jared.

Two Texas women were arrested after one of them called the police on herself on Thursday. Her crime: being ‘too drunk to drive.’

Police say Marissa Ann Sluss, 25, called police around 3am Thursday morning saying that she was not safe to drive her vehicle. Her friend, 20-year-old Hannah Marie Webb, was in the car with her and told her that she was in no shape to drive the vehicle, prompting the call.

According to KPRC, officers said they found the women stopped in the middle of the road on the 100 block of West Parkwood Avenue. Sluss was on her phone and smelled of alcohol, investigators said. She told the responding officer that she called 911 because Webb was not ‘complying’. It goes without saying but, Webb was also hammered.

I would advise all my friends in the Texas area to avoid hanging out with these girls. If they are capable of snitching on themselves, there’s no telling what they’ll do to you.