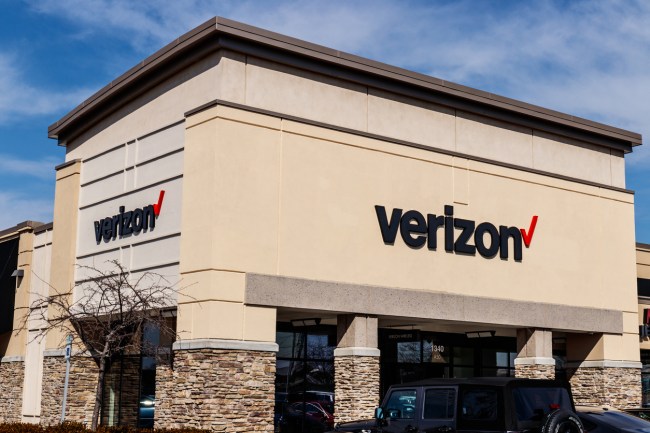 For the longest time, Comcast was the gold standard for horrific, insensitive, downright unconscionable customer service. Everyone remembers this, right?

But now Verizon is jonesin’ for your hard earned, crappy rep.

After one month of cell phone use, they billed an Oregon man two milli dollars. That’s right, $2,000,000 for 30 days of data and texts. Now he’s got collection agencies after him. Via KPTV:

On Tuesday morning, [Ken] Slusher wired over a down payment on a brand new house. It’s a place that he, his girlfriend and their kids can’t wait to move into.

But it may not happen because of what Verizon Wireless claims they owe. While FOX 12’s Jamie Wilson listened on, Slusher called an automated phone line to check his Verizon account balance. A voice recording said, “Your total amount due is $2,156,593.64.”

Slusher and his girlfriend opened a Verizon account last November and they bought two phones. They only kept the service for one month after noticing major discrepancies on their bills.

As Slusher fought with Verizon about the discrepancies, they kept racking up his late fees, which apparently, in this case, multiplied like a mother fucker.

Slusher and his girlfriend say they’ve been going back and forth for months with customer service representatives who agree there’s been a mistake.However, with no resolution, Slusher checked his Verizon account balance again on Monday and that’s when he heard the $2 million figure.

Verizon has since apologized, calling the automated message “a mistake.”

Which, yea, they only did after a media company wrote about it.

So move over, Comcast. Or try harder to be shittier. You’ve got competition.