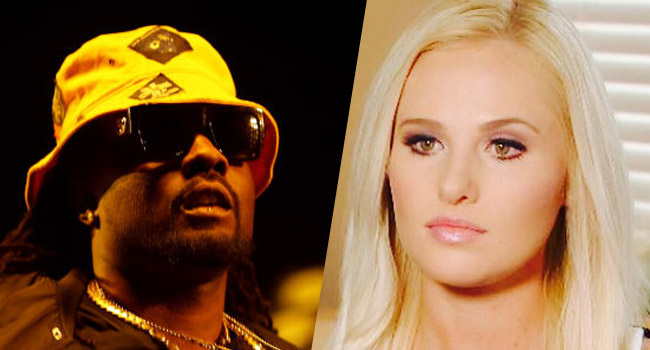 In an unlikely turn of events, my favorite beef war of 2017 so far goes to rapper Wale and right-wing mouthpiece Tomi Lahren.

I don’t even really care either way who wins this beef war, I just want it to continue on for as long as possible because it’s hilarious.

Back in January, Tomi Lahren took exception to Wale calling her out in one of his songs.

One of the lines from the song was, “Maybe I should meet Tami Lauren, I’ll Lauryn Hill her.”

You may have noticed that Wale got her name wrong there. And if you didn’t, don’t worry, she certainly did.

So if you're gonna put someone in a song…diss 'em.. perhaps get their fricken name right next time @Wale

Then last month, despite their disagreements, Lahren decided to reference Wale in another tweet, to which he responded with a classic line…

I'm gonna take the advice of @Wale and just smile. 😊💯

Now, fast forward to this week when Lahren took a sarcastic jibe at those calling for President Trump to be impeached…

Question: how can you impeach him if he's "not your president…?" 💅🏼

Actually that wasn’t a horrible joke. Kind of funny, in fact. However, it wasn’t quite as funny, at least to me, as what Wale tweeted back…

How u get fired on your day off? https://t.co/oSbUdthX9t

Yeah, I have to agree. This round goes to Wale. I can’t wait to see what happens in round four.