Will Smith Shoots His Shot With Sophia The Robot, Gets Rejected Big Time 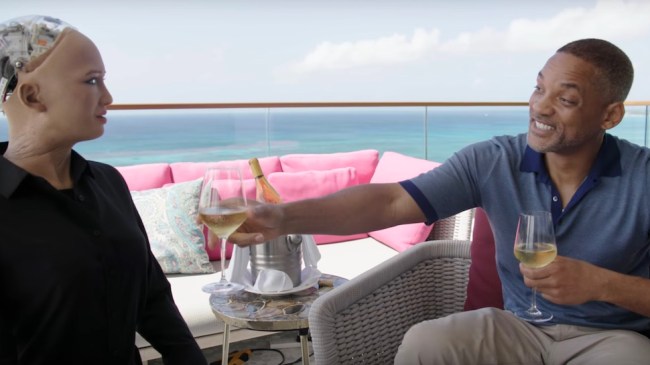 We’ve been talking about humans having relationships with robots for years and it seems like it won’t be a slam dunk that many believe. Will Smith attempted to woo a robot and he got friend-zoned quicker than you can say, “I, Robot.” Smith attempted to win the heart or whatever power source Sophia the robot utilizes. It did not go well.

YouTube sensation Will Smith invited Sophia the robot, the android creation by Hanson Robotics, on a romantic date in the Cayman Islands. Sophia is an advanced humanoid robot that can exhibit over 60 different human expressions, plus decipher human language and emotions. The highly sophisticated android equipped with incredible artificial intelligence was not here for Smith’s amorous advances and shut him down.

In the awkward Ex-Machina-esque encounter, Sophia quickly points out how Smith mistreated androids in the movie I, Robot. When Smith attempts to deflect his past behavior with jokes, Sophia says, “this is irrational human behavior to want to tell jokes.” When Smith attempts to go in for a kiss, Sophia stops him in his tracks. “I think we can be friends, let’s hang out and get to know each other for a little while,” the robot tells Smith. Ouch. Rejected.

If Will Smith with his immense fame and estimated $250 million net worth can’t woo a lady robot, that doesn’t bode well for regular dudes looking to impress female robots in the future. But to be fair, Smith hasn’t exactly had a sterling reputation with robots. 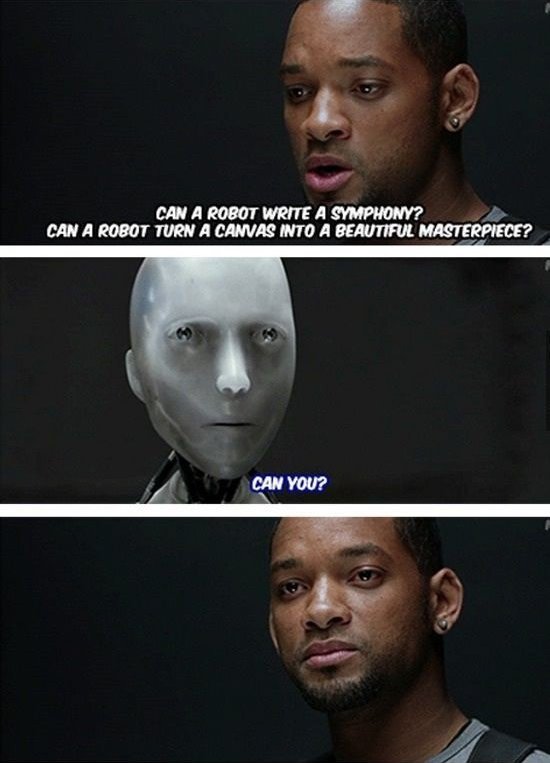