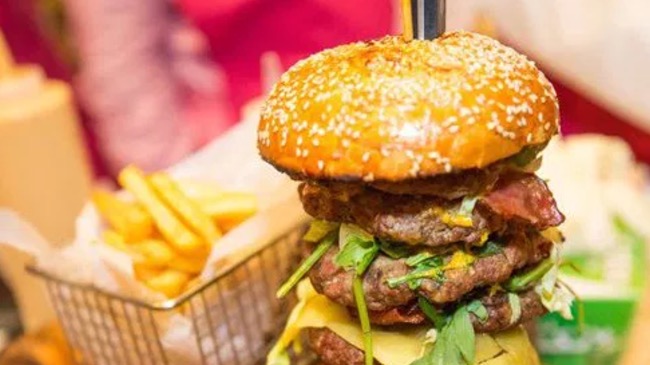 I can see myself, under extraordinary conditions (drunk in Vegas after winning at the tables) spending, AT THE ABSOLUTE MOST, around $100 on a burger if it was something special. Seriously, I’d have to have just won $$$$$ and be drunk enough to think that dropping a Benjamin on a hamburger was a good idea, so I’d have to be exceptionally hammered. The price of the ‘World’s Most Expensive Burger’ is just something I cannot wrap my mind around.

You don’t get rich/wealthy by being careless with your money, and why anyone would ever purchase this burger is beyond me. It’s been dubbed ‘The Burgerstack’, and it sells for a whopping $300 PER BITE. Unfortunately for anyone willing to spend $300 on a single bite, that’s not an option. You’ll have to purchase the entire burger and that will set you back a cool $10,000 (Dhs36,700 or £8,000).

There’s only one place on the planet full of rich people with complete disregard for fiscal responsibility, and that place is, of course, Dubai. That’s where this burger was sold to raise funds for the Pink Caravan cancer charity. 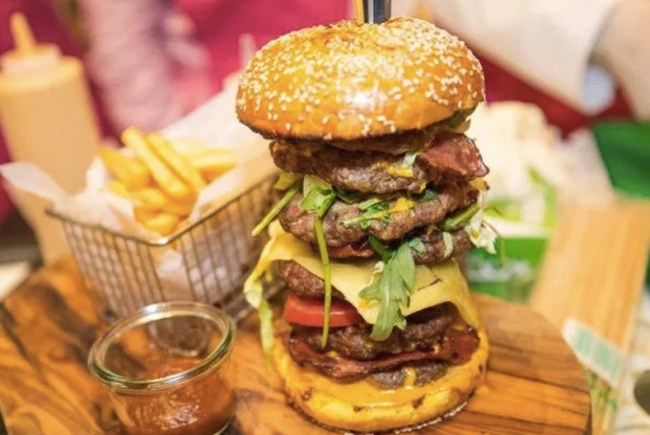 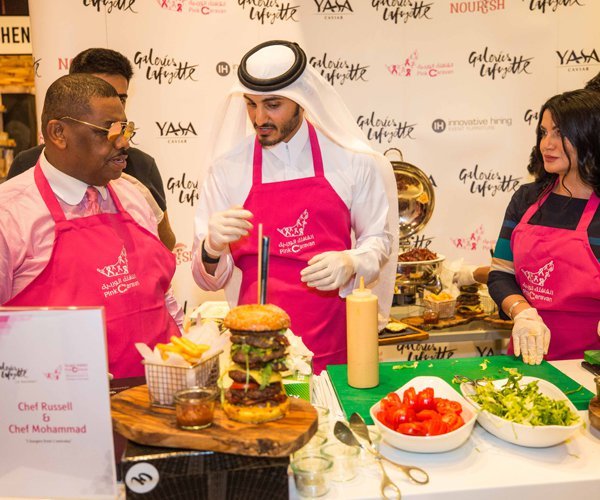 It doesn’t even look very good. Like, at all. If I saw that on a menu for $30 I wouldn’t even order it if I was starving after a full day of surfing. It’s just pretty unremarkable, especially for a burger selling for ten grand.

Previously, the world’s most expensive burger was that monstrosity full of golf flake and wagyu beef which sold for a measly $1,770, so you could by 5 and a half of those burgers for what you’d spend on ONE of these burgers in Dubai.

To see more pictures of the burger and read up on what makes the world’s most expensive burger so special you can CLICK HERE to head on over to EmiratesWoman.com.