The 11 Most Inappropriate Places To Fart 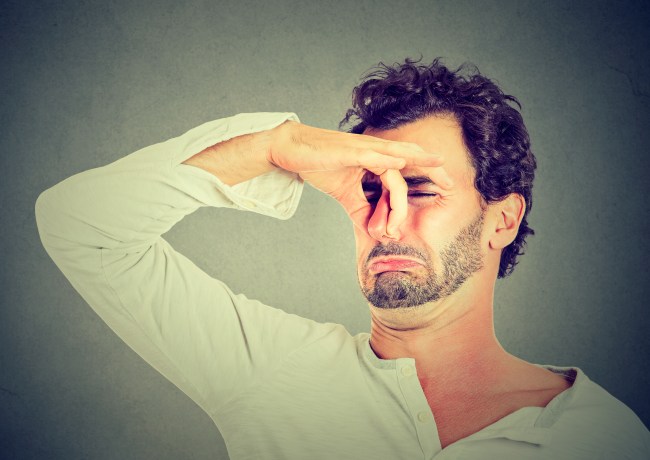 Everybody farts. Let’s get that out of the way immediately, okay? From the President to the Pope, from Jesus to Hitler, from your dear beloved grandma to your girlfriend, we are a people of farters.

Still, we treat farting like our dirty little secret, one that we can’t share with anyone other than maybe our fellow dudes, who we understand are just as shameful as we are, or our wives, who know we are disgusting and just don’t care anymore. But there are some places, and occasions, where farting isn’t just looked down upon with mild distaste, but becomes a social faux pas from which even the most dignified of dudes and lady dudes can never recover. And to educate you in the ways of farting etiquette, we bring you this, 11 of the most inappropriate places to fart of them all.

Look, man, this one is simple – any crowded room and farts don’t go well together. And they really, really don’t go well together when that room happens to be a tiny, inescapable box. There’s nowhere to run, nowhere to hide, and if you rip ass in a crowded elevator, you should probably be brought up on war crimes. At least squeeze those cheeks until the door pops open.

This is similar to the elevator – you’re all stuffed into a little car and there’s nowhere to go, only instead of having to wait it out for a minute or two, you’re stuck wallowing in fart afterbirth for potentially hours, and nobody needs that. Sure, you can open a window, but what happens if it’s the middle of winter? Forcing you to choose between freezing to death or being violated by your bro’s hangover farts during a six hour road trip is the sort of thing they do to break prisoners in Guantanamo.

This is just undignified. You don’t want everyone’s last memories of your grandmother to be tainted by you crop-dusting the entire room. Sure, you might be able to get away with blaming the smell on the corpse, but then everyone will just remember that Grandma smelled like old tacos and shame and you best believe she will haunt your ass for that, which is only appropriate since your ass haunted her funeral.

More specifically, your wedding. It’s one thing to let one go if you’re sitting in the back-row. Sure, people will be mildly put-out and the bride might get a little pissed, but you can withstand that. What you won’t be able to withstand is ripping ass when you’re going in for the kiss at the end of the ceremony. You’ll be lucky if she doesn’t just file for divorce as soon as you leave the church. It isn’t so much that you fart – she’s gonna learn that pretty damn quickly – it’s that you farted during the most important moment of her life. She will forever associate your love with bad gas, and the minister will probably condemn your soul to hell for fouling the altar. If you absolutely have to fart, at least have the good sense to blame it on your best man. That’s what he’s there for.

This is not the way to leave a first impression. I mean, come on, the last thing you want to leave in the head of your potential boss is that you can’t even get through a simple conversation without blowing one out like a farm animal. That doesn’t speak well of your discipline or your respect for the job itself. Even if you get hired, this will be the one thing that your boss will remember about you for the rest of your life. Every time you walk by, that’s all your boss will be thinking. “Oh great, there goes the farter.” That will be your identity. And do you really think anyone is going to be eager to promote a dude they know only as “Phil the Farter?”

Speaking of first impressions, this is pretty much a killer. Just look at everything I wrote about farting in a job interview and apply that to your girlfriend. If you fart during the first date, that is the one thing that she will remember for the duration of your relationship. But hey, don’t worry, chances are good that there won’t even be a second date once she smells what you’re cooking. Okay, fine, maybe – maybe – you wind up with the perfect woman who thinks it’s funny and it winds up breaking the ice and leading to bliss, but is that a chance that you’re really willing to take? That is like ass Russian Roulette.

Dude, come on. It’s the President. You will never, ever meet anyone more famous in your life. And do you really want to take the chance of the Secret Service tackling you because it suddenly smells like the Oval Office was attacked with mustard gas? Look, I get it, this would be an amazing story to tell for the rest of your life, but chances are you’d be spending the rest of that life in a dark cell with a black bag over your head. I don’t like it either, but that’s just the world we live in these days. Fart on the President, and you fart on America. I believe that’s in the Constitution. Somewhere in the back.

Okay, fine, maybe we’re getting a little ridiculous here, but this is like the car ride fart times a billion. After all, you’re not going anywhere for a looooong time, and it’s not like you can just roll the window down out there. Imagine being on a space station and your astronaut bro lets a loud, long one go. Just the smelliest damn fart you can imagine. You will be forced to live in the detritus of his own big bang for weeks, maybe even months. After all, it’s not like a fresh breeze is going to come along to clear the air. Just remember, they say that in space, no one can hear you scream, but they sure as hell can hear you fart.

This is just a dick move, man. Sure, it’s funny, and people do it, but imagine being that poor catcher, who just has to sit there day after day while assholes fart on his head. This is why kids forced to play catcher in little league end up crying. It’s a terrible position to be in. I’m going to go ahead and say that this is secretly one of the biggest reasons for bean ball wars in baseball. After a while, that catcher is going to snap and call for a fastball straight to your head. No one needs to die over a fart.

Look, I shouldn’t even have to say anything here. You’re already in a pretty damning position, bent over with another man’s hands nestled in your taint. To fart in that situation is the ultimate betrayal of the compact between bros. This is worse than abandoning your buddy while storming the beaches of Normandy. You could bang his girlfriend while he watches and he wouldn’t feel more betrayed. To fart directly into a man’s hands is worse than murdering him. After all, you are essentially murdering both his will to live and his faith in his fellow man. Unless he’s a fumbler or Mark Sanchez. Then he probably deserves that shit.

You knew this would be number one before you even started reading. Don’t even front. That’s because this is a universal truth, understood by all. You don’t fart during sex. Look, I could get really graphic here and explain to you specific sex acts that you really, really don’t want to fart during, but you all have imaginations and I don’t want to go down as the expert on farting while going down. Then again, I’m sure there are some people out there who get off on being farted on during sex, and I guess we can’t judge, but we call those people Germans, and we fought two wars to end that sort of madness. I’m not saying you’re exactly like Hitler if you do this, but, well, okay, fine, maybe that’s exactly what I’m saying. Never forget.