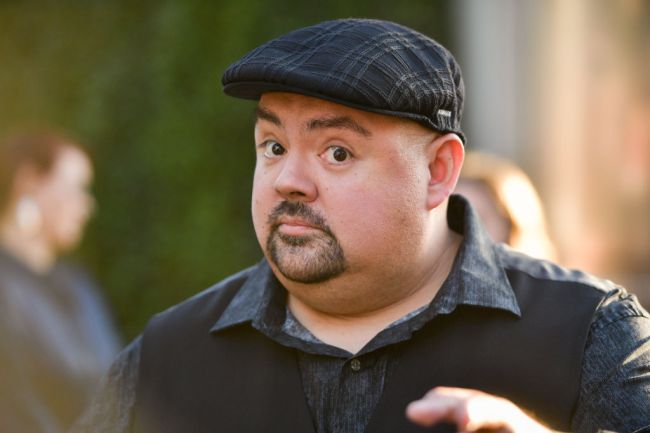 Gabriel Iglesias has been in the entertainment game for years now and has been pumping out TV shows, stand-up specials and more on a consistent basis. Iglesias joined The Brilliantly Dumb Show to promote his new sitcom on Netflix called ‘Mr. Iglesias Part 3.’ It was during this very interview that Iglesias got hit with a question so outrageous and random that even the comedian himself didn’t know how to respond.

A repeating guest on the show who goes by the name of ‘Jersey Jerry’ came on for his first appearance as a co host to interview Iglesias. Jerry, who is known for his outrageous, bizarre behavior and non-existent filter, was visibly nervous prior to the interview. Those nerves led to what might have been the worst question of all time to start the show.

Jersey Jerry asked Gabriel Iglesias maybe the most bizarre question of all time today on The Brilliantly Dumb Show to start things off 🤦🏻‍♂️ pic.twitter.com/zQPKuCrtZF

“During COVID right now, how are you practicing your jokes? Because I got a buddy out in Arizona, they call him ‘Rest Stop Rizzo’. Now what he is doing to practice, is he is doing something a little different, the reason they call him ‘Rest Stop Rizzo’ is practicing his jokes at rest stops out in Arizona. Now what are you doing to practice your jokes?”

Iglesias had a hard time keeping it together before bursting out into laughter and proceeding to answer the question in whatever way he could. A moment and question so bizarre that the seasoned veteran did not even fully know how to respond to. And to be honest, do you blame him?

‘Mr. Iglesias Part 3’ is currently streaming on Netflix. For the full interview with the comedian head over to The Brilliantly Dumb Show on YouTube and all other streaming platforms.