A Raw Interview With One Of The World’s Most High Profile Private Investigators, Herman Weisberg 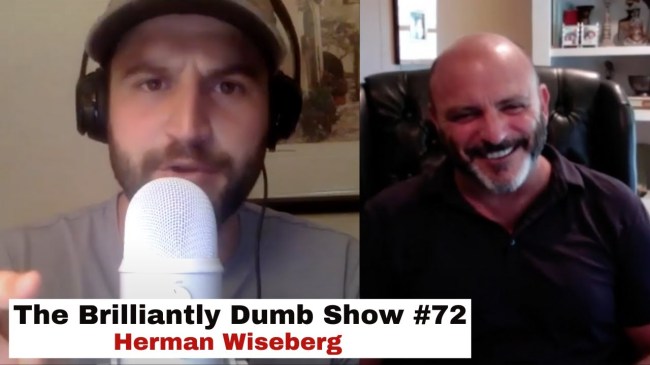 What do you say to the guy who spent 20 years in the NYC Police Department, most of which as a detective turned private investigator for some of the most high profile cases the world has ever seen? Herman Weisberg has been cracking cases and solving murders even after his career as a detective. Whether it’s extortion, murder, or even financial fraud there are no limits to the cases he has taken on in his tenure as a PI.

It would be an understatement to say that Weisberg has seen a whole lot in his day as he was credited for solving the famous Viktoria Nasyrova case, a Russian female who was committing murder, robbery, and poisoning her victims in both Russia and the United States. On the other end of the spectrum, Weisberg has worked on the defense team of his long time colleague Ben Brafman, who worked as Harvey Weinstein’s attorney in one of the most high profile cases in American history. So, to answer my initial question on what you say to a guy like Herman Weisberg, my answer is nothing. Just listen and let him tell his story, I got that chance on this weeks episode of The Brilliantly Dumb Show.

As you can imagine, Weisberg is a busy guy, and I wanted to use every bit of time I had with him to ask the things people would want to know and understand about his career as a police detective and private investigator. One of the best moments of Weisberg’s career was being able to make a call to Nadia Ford, the daughter of Alla Aleksenko who was brutally murdered by the Russian fugitive Nasyrova to let her know that he had found and assisted in arresting her mother’s killer.

Weisberg spoke about that moment saying, “I called her (Nadia Ford) right there, I was so happy to give her that news and she started crying on the phone. This was a young lady who’s mother was murdered, and this young lady went through her entire savings to go on trips around Russia and speak to every cop in the world to build a case for this whole thing.”

It’s one of many cases Weisberg has been able to crack or solve, many know the detective for his work on the David Letterman extortion case in 2009. But how can a guy who has built his career on morality and ethics agree to investigate for the Weinstein defense team? I owed it to my fans and the people watching to ask Weisberg about this.

“You worked for Harvey Weinstein’s defense team, is it hard for you to justify working for somebody like that? Regardless on any level, how do you justify to yourself that you are supposed to be doing this,” I asked.

“That’s a good question, I worked for his council for the first third of the entirety in his situation. Everybody is entitled to a defense, you can’t get mad at defense lawyers for defending their clients and probably shouldn’t get mad at a private investigator for assisting the defense attorney, Weisberg said. “I wasn’t going out there digging up dirt on these females, I was doing an investigation, a very thoughtful, focused and benign investigation into the allegations.”.

It was a wildly entertaining but very serious interview that most may not have thought they would see on The Brilliantly Dumb Show. But, when a man has a story, a man has a story and I wanted to use my platform to let people hear Weisberg’s. A guy that has seen his fair share of good and evil on the streets of New York City and beyond.