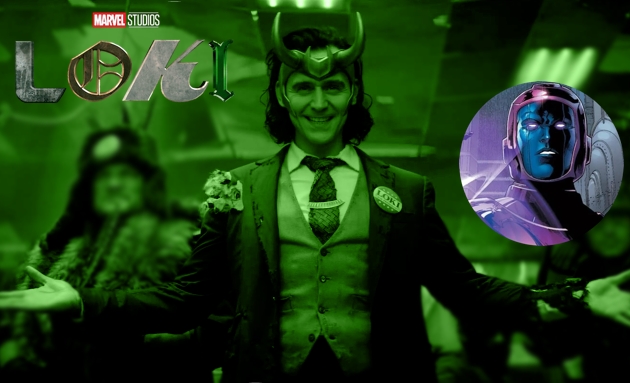 At Disney’s Investor Day last week, the Mouse House unveiled a bevy of big-ticket projects, spanning from the Marvel Cinematic Universe to the Star Wars galaxy to Pixar. However, while there were quite literally dozens upon dozens of announcements, there weren’t many trailers, save for a handful of projects, particularly the upcoming MCU series on Disney+: The Falcon and the Winter Soldier and Loki.

While The Falcon and the Winter Soldier looks like it’ll be plenty of fun, it’s Loki that feels as though it’ll be the truly must-watch of the upcoming MCU/Disney+ ventures, as the God of Mischief’s connection to the Avengers and timeline hopping ways are sure to create a recipe for chaos, especially when considering this recent rumor regarding the introduction of a new power player in the MCU.

Over at the Post-Credit Podcast, through the grapevine of industry sources, we’re hearing that Kang the Conqueror — in all likelihood the MCU’s next “big bad” — will make his debut in Loki.

Nathaniel Richards, better known as Kang the Conqueror, is one of main antagonists of Marvel Comics, most commonly serving as one of the two secondary antagonists (alongside Loki) of the Avengers comic book series and a major antagonist in the Fantastic Four comic book series. He is a time-traveling terrorist who is intent on total domination of the entire universe.

The history of the time-traveling supervillain known as Kang the Conqueror is a complex one. He began as Nathanial Richards, hundreds of years after the mainstream Marvel Universe takes place. The technology in his day was extremely advanced, giving him time traveling capabilities. [via Fandom]

Let’s dig into this a bit, as there are some technicalities. My co-host Brandon — who’s responsible for getting Post Cred Pod this scoop — is 95% sure that, at the very least, the concept of Kang the Conqueror will debut in Loki, and about 50% on whether or not Jonathan Majors himself, who was cast in the role back in September, actually shows up. While the initial casting news indicated that Majors would be appearing in Ant-Man and The Wasp: Quantumania, the reports didn’t specify whether or not that’d be his first appearance.

WATCH ‘LOKI’ ONLY ON DISNEY+ IN MAY

Given the overwhelming presence of the Time Variance Authority — Marvel’s bureaucratic overseers of the various timelines who are very often at odds with Kang —  in the Loki trailer, the opportunity to introduce the iconic time-traveling villain into the fray. My personal guess is that the TVA perhaps uses Loki and his godly powers to fend off Kang and his diabolical advances on the MCU timeline.