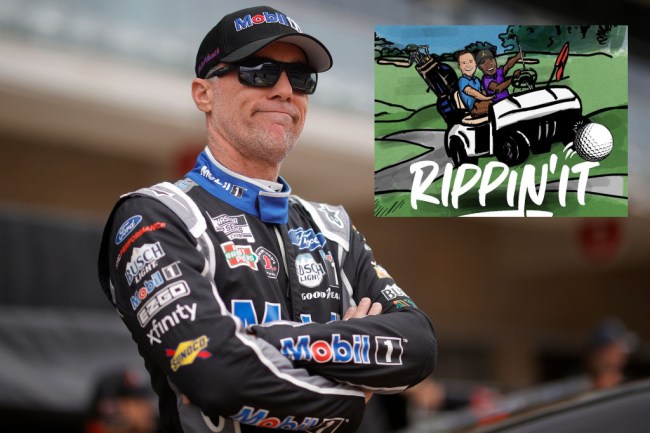 The Rippin’ It podcast has officially hit the double-digit mark in episodes as Harold Varner III and George Savaricas welcome NASCAR driver Kevin Harvick to the show for episode No. 10.

Varner III is coming off of a T-49 finish at this past week’s PGA Championship at Kiawah Island while Savaricas was also on the grounds covering the year’s second major championship. The two reflect on the week that was, what it was like to see Phil Mickelson make history becoming the oldest major champion in the history of the game as well as some advice the lefty gave Varner III during the week of the Wells Fargo Championship.

With Harvick on the pod the debate on whether or not golfers and NASCAR drivers are athletes breaks out. Harvick also talks about the training regimen in order to sit in 140-degree heat inside a stock car and speaks on how he created the 12th hole at Augusta National in his backyard, plus how he got into golf.

You can check out the full episode of Rippin’ with Harvick on YouTube and subscribe to the show on Apple Podcasts, Spotify, and Anchor.