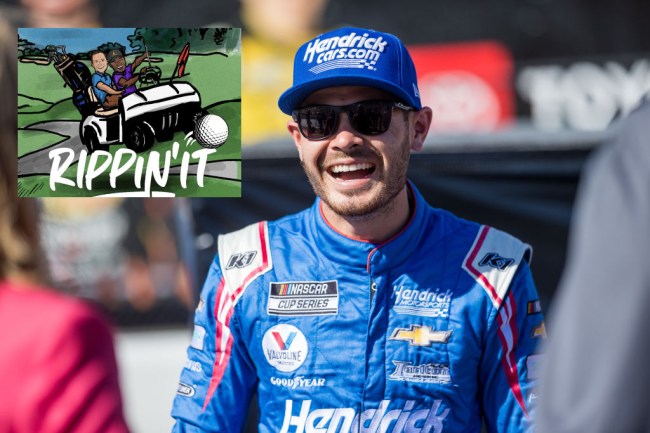 Episode No. 12 of the Rippin’ It podcast has arrived as Harold Varner III and George Savaricas are joined by none other than Kyle Larson.

Larson, the winner of the last two NASCAR Cup Series races, talks about the state of his own golf game and the Golf Guy’s Tour on the NASCAR circuit. He even weighs in on the drama between Brooks Koepka and Bryson DeChambeau. The question of whether or not the two should be paired together at next week’s U.S. Open makes for a great conversation as well.

HV3 and Savaricas also go into detail about Jon Rahm having to withdraw from last week’s Memorial after testing positive for COVID-19. Varner III tries to put himself in Rahm’s shoes and wonders how he would have handled that tough situation.

Be sure to check out the great discussion with Larson on YouTube below and subscribe to the podcast on Apple Podcasts, Spotify, and Anchor.