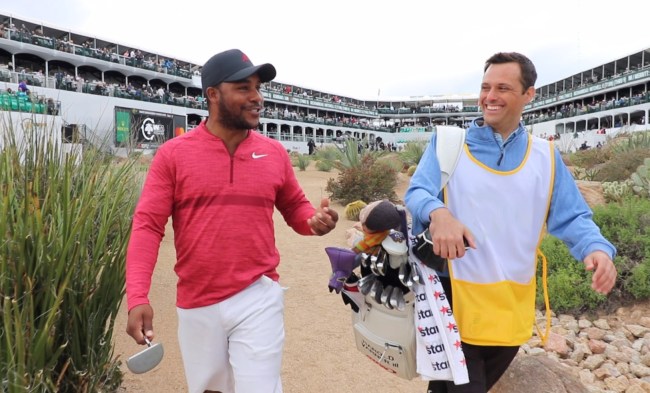 We are thrilled to announce the launch of Rippin’ It, a podcast co-hosted by PGA Tour player Harold Varner III and Golf Channel host George Savaricas, to the BroBible podcast network.

On the inaugural episode, Varner III and Savaricas sat down with Arizona Cardinals wide receiver and 11-time Pro Bowler Larry Fitzgerald, who is a full-blown golf nut. Fitzgerald shares an incredible story about being introduced to the game by none other than Tiger Woods, touches on when he may decide to retire from the NFL, and much more.

The DEBUT EP #1 is HERE! @HV3_Golf & @GeorgeSavaricas have @LarryFitzgerald on the show, make sure to subscribe and listen below!

While golf will be a focus on the podcast, Varner III and Savaricas will welcome guests from all over the sports and entertainment worlds. From actors, musicians, and professional athletes from various sports, the show will give listeners a behind the scenes look into not only their professional lives but their lives away from their respective workplaces.

Varner III, a European Tour winner and the owner of 12 Top 10 finishes on the PGA Tour, is excited to get in front of the mic and have some personal conversations with guests that come from different corners of the entertainment world. 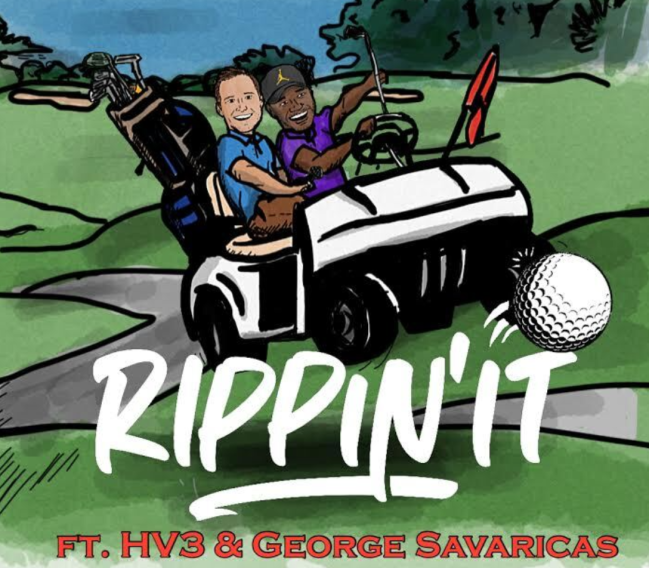 “I’m super looking forward to talking a lot of sh-t,” Varner III jokingly explained. “Getting to know these people as a human and not so much as an athlete or why they’re so successful. I’m very into that kind of stuff and it’s pretty cool we’re going to be able to do it without reading a book.”

“We’re not only going to be talking to pro golfers, there could be other professional athletes, celebrities, entrepreneurs, musicians, and actors,” Savaricas said. “Not just the first episode, the second and the third. We have people who are massive.”

Prior to turning professional in 2012, Harold Varner III played his collegiate golf at East Carolina University and became the first player in school history to be named Conference USA player of the year. Varner III burst onto the scene in 2015 finishing 25th on the Web.com Tour regular-season money list, the final guaranteed spot to earn a PGA Tour card for the 2015-16 season. His first professional win came in December of 2016 at the Australian PGA Championship.

George Savaricas is a 15-year TV veteran, having covered the PGA Tour since 2013. Savaricas works as a TV Host for Golf Channel and you can catch him on their flagship ‘Live From’ shows. He is also the Founder of Drink 20/20 , a line of 2.5oz wellness shots you’ll find in golf courses around the country this Summer. Originally from outside Chicago, he’s now allergic to the cold living in Miami Beach, FL.

Founded in New York City in 2008, BroBible is the ultimate lifestyle destination for millennial men. From sports and culture news to high tech gadgets and everyday carry items that enhance the daily grind, BroBible is the digital authority on what matters to the upwardly mobile man.

BroBible is where culture and conversation collide. We have an ambitious editorial mission: We want to make your life better. Speaking to an audience of millions, BroBible is the spark to a conversation about the ways millennial men can enhance their daily lives, from water cooler chatter about sports news to daily deals and career advice. We showcase the cool and coveted for the modern dude: Cars, clothes, and kicks, along with watches, gear, and tech.

We aspire to inspire our audience to live their best lives, keeping things chill, conversational, and pragmatic, just like you do with your buddies.