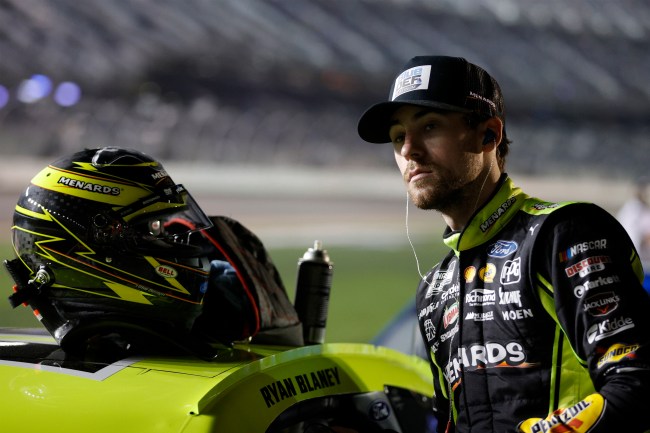 I’ve never told anyone this, but I wrote a letter to Natalie Portman after seeing Garden State. I was a freshman in college.  Believe it or not, she never responded.

Every now and then, as I lay next to my wife-to-be in bed, I think about what could have become of Natalie and I. I envision us having a picnic on a picturesque spring day, her nuzzled in my bosom, and me leaning over to softly whisper in her ear: “I need you to deposit more money in my account.”

Who was that person for you? We all have one.

We recently sat down with NASCAR’s Ryan Blaney to discuss his Star Wars-fueled Daisy Ridley crush, who plays Rey in the franchise and is fresh off the verbal lashing of Mr. Ted Cruz.

“I am very happy to be an emotionally tortured Jedi…who doesn’t leave their state when it’s having a terrible time.”

The 27-year-old Blaney joined our Endless Hustle to discuss how his adoration of Ridley began after getting his mind blown by the Phantom Menace, which hit theaters when Blaney was just a six-year-old. Two decades later, the crush endures.

NASCAR star and Star Wars superfan @Blaney talks about dropping the ball with celebrity crush Daisy Ridley (no thanks to @BubbaWallace).

“I got to meet Daisy Ridley. I was in L.A. and me and a buddy, Bubba Wallace, were at a Lakers game. I saw her walk by earlier that game. I was like, ‘Oh my gosh, It’s Daisy Ridley.’ He didn’t know who she was. He’s not a Star Wars fan. And I was like, ‘Man I’ll never see her again, that was amazing.’ That was like seeing a unicorn.”

While it hasn’t been confirmed if the below photo was from the night in question, but this is Daisy at a Lakers game in March 2017. 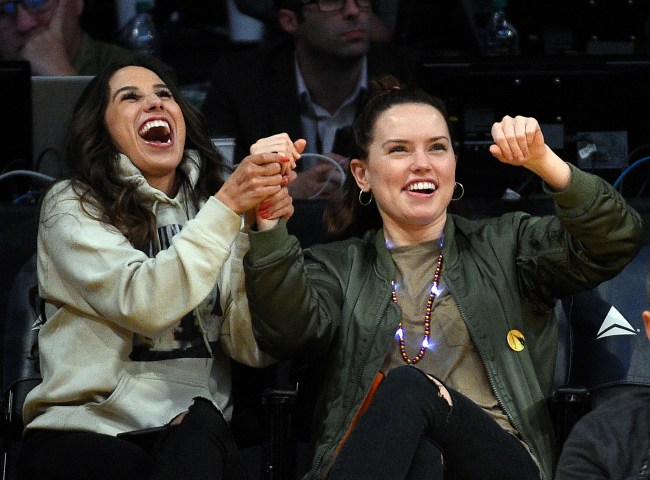 “And then we walked through the tunnel to leave the game and she just happened to be walking back into the game. I was like ‘Oh my gosh! I gotta take my chances here.’ So I asked her for a picture. She was very nice. And that was really the end of it. We maybe said 5-10 words to each other.

I really regret that decision. I wish I would have tried to pursue it more, but she is my celebrity crush and probably will be for the rest of my life.'”

Please do not cry for Ryan Blaney. He is one of the most popular dudes in racing and has since found love.

Listen to our entire interview with the charismatic NASCAR star below.

NASCAR drivers soiling themselves mid-race has baffled fans for decades. @Team_Penske's @Blaney shares his experience on the very important matter.