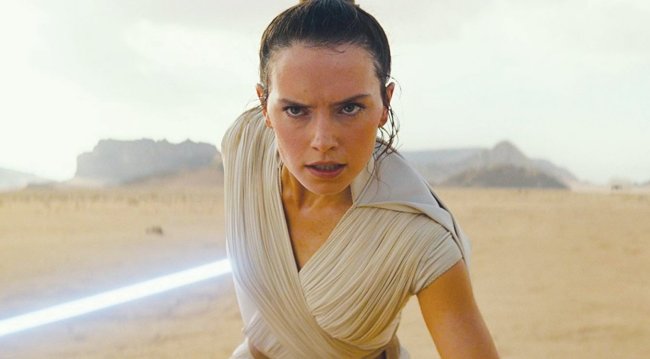 Even its afterlife, The Rise of Skywalker remains a perpetual disaster, as Daisy Ridley recently revealed that the sequel trilogies primary protagonist — the admittedly awesome Rey — was originally set to be a descendant of Obi-Wan Kenobi and not  Sheev Palpatine, which is what the theatrical cut ultimately and unfortunately gave us.

Even though it’s been almost a year since The Rise of Skywalker‘s release, I’m still no less annoyed by the completely haphazard retconning of Rey’s origins by shoehorning Palpatine into a sequel trilogy that hadn’t even mentioned his existence in the previous two films.

RELATED: Honest Trailers Dunking On ‘Rise of Skywalker’ Is The Laugh We Need

To make matters worse, it turns out Disney had a marginally better idea in the chamber, as Ridley recently told Jimmy Kimmel Live that the heroic orphan Jedi was originally going to be a Kenobi.

“No. At the beginning there was toying with like an Obi-Wan connection,” Ridley told guest host Josh Gad. “There were like different versions, and then it really went to that she was no one. Then it came to Episode IX and J.J. pitched me the film and was like, ‘Oh yeah, Palpatine’s grandaughter.” I was like, ‘Awesome!’ Then two weeks later he was like, ‘Oh, we’re not sure.’ So it kept changing. Even as we were filming I wasn’t sure what the answer was going to be.”

The end of that quote effectively summarizes the absolute disaster that was The Rise of Skywalker, as Ridley admits that the script itself was being so constantly tweaked and changed that even she wasn’t sure who she was when they were filming. As the great Jedi Master Yoda once said, “absolutely fucking blown it, they have.”