Ryan Leaf Empathizes With UNLV QB Max Gilliam Eating Sushi Off Nude Model: ‘I’m Sure I Ate Sushi Off A Nude Model Too When I Was In College’ 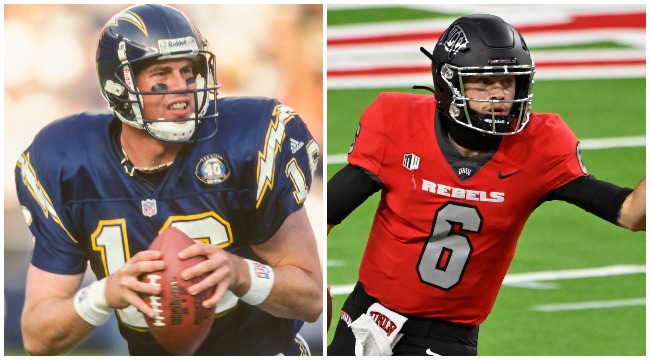 If you’re a college quarterback for a 5-0 team and you and eat sushi off a nude model on a reality television program my aunt watches, the boosters send twins to your room to consume a flank steak off of the following week.

If you’re a college quarterback for an 0-5 team and you and eat sushi off a nude model on a reality television program my aunt watches, you are forced to issue an apology and get publicly reamed by your head coach.

College athletics are a fickle beast.

Max Gilliam, quarterback of 0-5 UNLV, suffered the fate of option B after his appearance on the Bravo TV show “Below Deck” in which he consumed fish off a stranger’s body.

(Congrats to this woman for finding a fire new LinkedIn photo.) 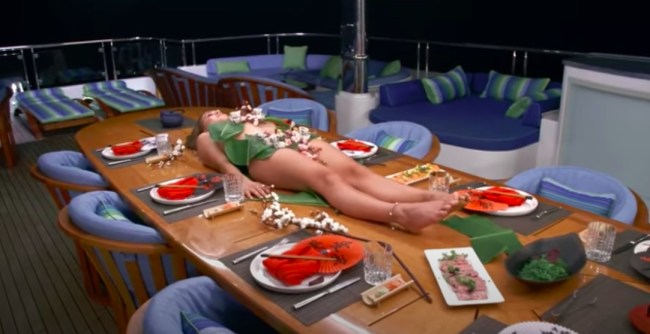 Gilliam apologized for his “poor judgement” and claimed it was not his idea to participate, while coach Marcus Arroyo played the “representing this team” card.

We sat down with former NFL quarterback Ryan Leaf on our Endless Hustle podcast (out next week), who knows a thing or two about poor judgement at a young age, and asked him about the incident. His answer was refreshing.

"I'm sure I ate sushi off a nude model when I was in college too!" – @RyanDLeaf gives fantastic feedback on @UNLVFootball quarterback @MaxGilliam11 apologizing for his @Bravotv #BelowDeck controversy 🍣🤭

Stay tuned for this and more new episodes of @BroBible #EndlessHustle! pic.twitter.com/RlwUO5r1ht

“I’m sure I ate sushi off a nude model when I was in college too, it’s just no one ever documented it. Because there were no cell phones, no reality shows. I’ve done some stupid shit in my life and it continued throughout.

I think what would raise a really good flag for me is the fact that he went out and did something he didn’t need to do and apologize and be accountable. That’s what being a true leader and a quarterback is is being accountable when it isn’t necessarily your fault but you’re the leader of the team and people are blaming you for things that may not be in your control and you go out and do it.

What he did in that moment is absolutely a good sign that he’s going to do the right thing and be a good leader, because guess what? I don’t know any one of us who were that age and had the opportunity to eat sushi off a nude model’s body who would not do it.”

But really…hasn’t everyone?!? Thanks for the opportunity to chat. Stay safe everyone and remember that you get to control what you can control, the other stuff is none of your damn business!! #soberlife https://t.co/NsrWPhGVJX

Leaf then brought up an incident from 2014 in which Katy Perry appeared on ‘College Gameday’ and told then Oklahoma quarterback Trevor Knight to call her on national television.

Knight waited four months, until after her Super Bowl performance and after he lost the starting job to Baker Mayfield, to respond with this weakness:

KP, I know I'm a little late but we would be one heck of a power couple! @katyperry #SuperBowlBae

To Trevor’s credit, it was reported at the time that he may have been dating a Clemson cheerleader, but regardless, Ryan Leaf would have handled that opportunity a tad differently.

“I’m dropping her in that moment and I’m flying to Oxford, Mississippi and me and Katy are going on a date that night after I just won a game. That’s how that works in that moment people, when you’re that age.”

From a guy who wrote a letter to Elisha Cuthbert in college after watching The Girl Next Door in a pathetic attempt to secure a lock of her hair, I am in fully agreement with Mr. Leaf that no one is thirstier than a college kid who hasn’t yet realized how much the real world sucks.

Subscribe to our Endless Hustle podcast. We’re interviewing everyone from LaVar Ball to Tony Hawk to Jalen Rose and finding out the things you want to know about your favorite current and former atheltes.