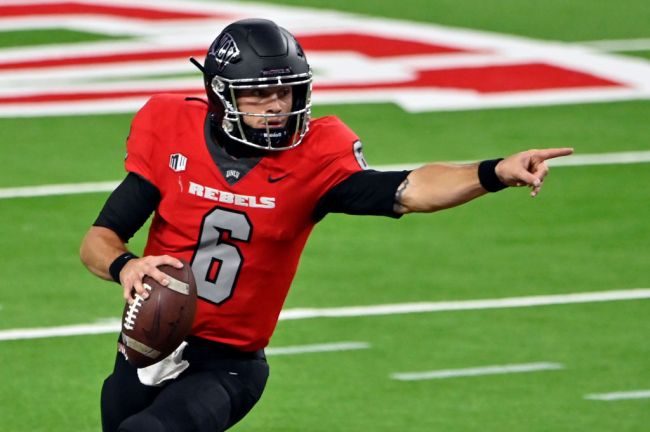 UNLV football’s Max Gilliam is 0-5 as the starting quarterback in 2020, but his poor play is not what has him in the headlines recently. The 23-year-old senior recently appeared on the Bravo TV show “Below Deck,” which documents the lives of a live-in crew on a multi-million dollar yacht and the cast of clients who chartered the vessel. Gilliam was one of those guests and was identified as the “star quarterback at the University of Nevada Las Vegas.”

Star might be a stretch, but either way, the Thousand Oaks, Ca. native appeared on the yacht alongside his childhood best friend Dax Nittolo, another friend named Luke and their three girlfriends. The boat was chartered out of Jolly Harbour, Antigua and the show was filmed in February and March, which would have been before the pandemic hit.

Either way, whenever Gilliam’s episode was filmed, it was in the middle of UNLV’s spring semester. Unless it took place during spring break, why where the six of them during the university’s calendar year? And where did they get the money for such a lavish evening?

Fortunately for him, the guests are not paid to appear, which would open a whole different can of worms regarding NCAA athletes getting paid. Even just by appearing, he treads a thin line on what is allowed in regard to name, image and likeness.

When the group arrives, one crew member said “I’m looking at Max, Dax, 22-year olds and a bunch of White Claws. This is about to be a frat party.” At one point during the episode, Gilliam wanders ‘below deck’ and walks in on a verbal disagreement between the crew members.

The highlight of the episode, for which Gilliam has since drawn backlash, came with a sushi dinner on the first night. A world-class chef on the boat described in great detail what it took to prepare the sushi, but expressed frustration with the group. To her, the efforts were wasted because they cared less about what was being served and more about how.

Max, Dax and the gang requested that the sushi be laid out on a nude model, who adorned nothing but large leafs. 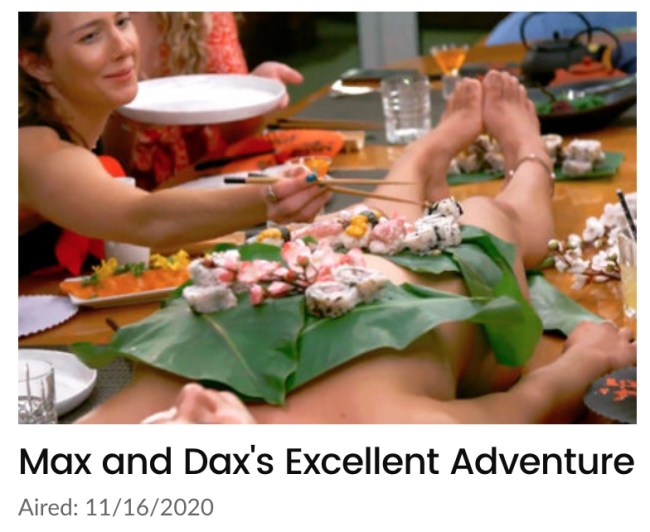 The dinner guests, and Gilliam in particular, received a lot of pushback on their chosen means of service. For what I’m not entirely sure, as such a presentation is not a particularly uncommon practice, the model was paid, and people are entitled to spend money in whatever dumb fashion they so choose, but the criticism rolled in regardless.

On Monday, Gilliam issued an apology statement. It came via the notes app, which is still the most hilarious trend amongst athletes who are releasing a form of announcement. Why not take the five seconds to crop the photo above and below the statement? Gilliam probably didn’t care and just wanted to move on, but still. Here it is:

If Gilliam apologizing for what he did with his own money, on his own time wasn’t enough, the team’s head football coach Marcus Arroyo also made a statement.

“We were unaware of the details of the matter until it was brought to our attention this morning,” he said. “We’re reviewing the matter internally. However, when we talk intently about what we’re building here, we mean thoroughly and completely. Each of our players must recognize that when we go out in public we’re representing this team, this university and the alumni and fanbase. How we conduct ourselves in public is just as important as how we do on the field. I was made aware of Max’s recent statement, and it is apparent that he also agrees.”

The scene airs on the third episode of the eighth season and the description is a thing of beauty.

“Ready to let loose in the Caribbean, James instead finds himself dissapointed on the first night out. Heads turn as My Seanna welcomes a new crew member, and Izzy makes a surprising decision, much to the chagrin of James. Francesca comes to grips with the ramifications of her emotional outburst. A charter group of thirst 20-year-olds arrives, and Shane’s mistakes push Eddie’s patience to the edge.”

UNLV football will finish off the season at Hawaii, capping off a great year of island travel for Gilliam, at which point he will be free to act without scrutiny when the season is completed.