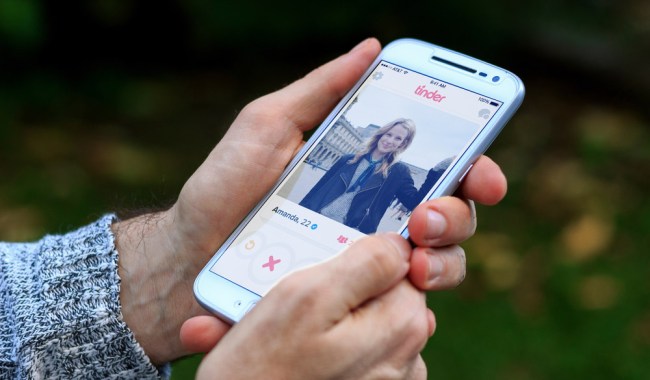 “The person who follows the crowd will go no further than the crowd. The person who walks alone is likely to find himself in places no one has ever seen before.” Albert Einstein said that. Heard of him? Little known fact: Albert was talking about Tinder when he dropped that knowledge in 1925. The dude was so smart he conceptualized Tinder before we even had mobile phones. Believe everything you read.

The biggest asset one can have in online dating is knowing that his looks alone won’t take him far enough. I’d guess the average girl gets 30-50 “Hey’s” or “What’s Up’s” a night. It’s tough to tell who the Real Slim Shady is when everyone is sitting down. So stand the fuck up and say something like “Do you know the human head weighs eight pounds?” No self-respecting woman will pass up on a guy with a deep knowledge of the human anatomy.

With that said, there’s a fine line between standing out and getting yourself exposed for sexual harassment. This dude erred on the side of the latter. 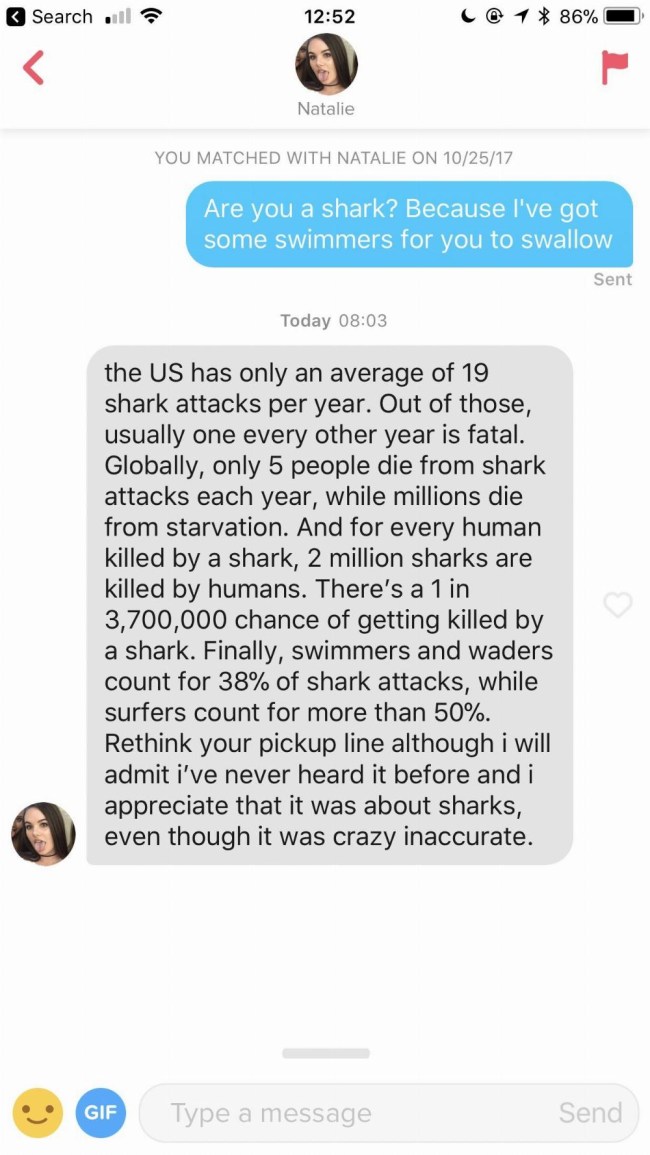 She’s right, over 17,000 people die from falls each year. That’s a 1 in 218 chance over your lifetime, compared to a 1 in 3,700,000 chance of being killed by a shark. To take it further, there’s a better chance of the Cleveland Browns winning the Super Bowl this year than this dude has of getting laid off that pickup line. Facts are facts.