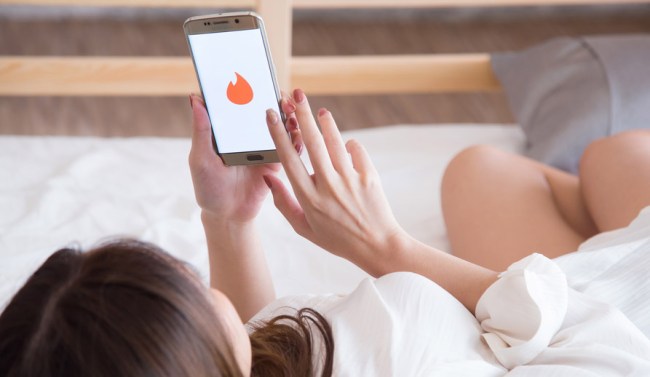 If you’ve know anything about Tinder, especially if you’re a woman, you know that there is one thing certain to come up at some point along the way in a conversation with certain people and that’s some dude asking to see and/or exchange nude pics.

Amazingly, despite the inherent risks involved, some people actually do share nude pics with their Tinder matches. One of those people, however, is NOT this girl named Emily, and her reason why is one of the best and most logical reasons you will ever see.

Emily carefully and logically explains her "no nudes" policy pic.twitter.com/kFXluhofNU

“On the topic of nude pics: I just want to remind everyone of a little movie called TITANIC. A girl in 1912 has her naked body drawn in a sketchbook by a random dude that no one’s ever heard of, locks the drawing in a safe on a boat, the BOAT SINKS, and her nude pictures STILL ends up on television 84 years later. No one is safe.”

Genius. And I am not the only one who thought so, because it’s garnered over 3,600 likes and numerous comments praising her for her wisdom.

I say, all hail this genius.

that explanation is just amazing!

Emily is an Intellectual Property Lawyer 😂😂

Best use of Titanic the movie in an argument I've ever heard.

Speaking to Metro about her clever Tinder bio, Emily had this to say…

Though Emily herself doesn’t feel comfortable sending nude photos, she says this is also down to being able to trust the people they are sent to.

‘It’s really hard to judge who is a smart person to send a nude picture to,’ she says. ‘You never know who’s actually seeing it or if they are going to be sent around. You don’t know if it’s going to end up online or if some guy who prays on young girls is going to see it.

‘My advice would be honestly wait for the real thing, it’s safer as once you press that send button, there’s no taking it back.’

This girl is just way too logical.