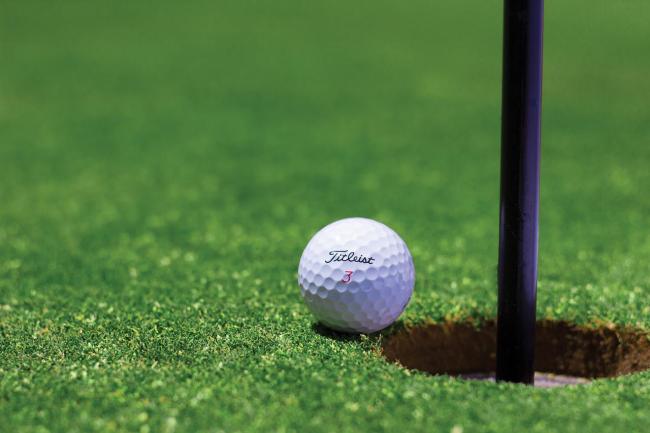 Every hole-in-one story is special in some way, but this one in particular that involves two strangers and one single golf ball may be the most incredible ace story of all time.

Unfortunately for Miller, he would lose the golf ball he made the hole-in-one with just a few holes later. It would soon reappear in the wildest fashion imaginable later in the day.

According to Josh Berhow of GOLF, Miller was celebrating with some friends in the clubhouse when in walks Ricardo Fernandez.

Miller lost the hole-in-one ball on the 7th hole after clipping a tree with his approach shot on the Par 4. He looked for the special ball for quite a while but ultimately gave up. Fernandez may have better eyes than Miller because he found the ball while looking for his own on the 12th hole, which runs next to the 7th.

He picked up Miller’s ball but didn’t put it in play until he lost another ball. He decided to use Miller’s ball on the Par 3 16th hole and jarred it from 181 yards.

After the two took some photos together, Fernandez did the right thing in handing Miller the magical golf ball.