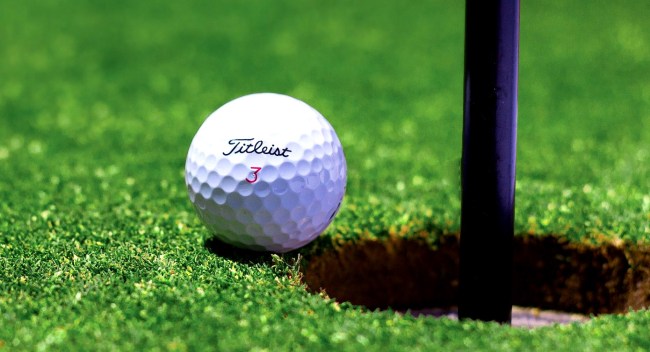 Karens all around the world have taken a beating online over the last year or so, but Karen Veseth is here to end all the Karen hate after making two holes-in-one just 23 minutes apart. According to the PGA, two holes-in-one in one single round equates to 1 in 67 million odds, and she defied those odds in less than half an hour. Impressive, stuff, Karen.

The 62-year-old now has five holes-in-one to her name after her insane feat with her first ace coming 25 years ago.

For any big-time golfers out there that haven’t been lucky enough to make a hole-in-one yet, prepare to cringe a bit reading this next sentence. Karen explained that she was playing her “normal bogey golf” when she made her way to the 150-yard Par 3 8th when she pulled driver out of the bag and jarred the first hole-in-one of the afternoon.

After celebrating, Karen and her two playing partners called up the golf shop to see what kind of perks members get for hitting a hole-in-one at Coto de Caza Golf and Racquet Club. The hole-in-one was worth a $500 credit at the bar and $300 in the pro shop.

Two holes later, Karen pulled her 9-wood out of the bag and saw her ball disappear in the hole yet again. Her first ace of the day just took one hop and in, while this one actually caught a slope and perfectly fell into the bottom of the cup.

Karen had a big day in the bar after her insanely improbable round.

“Based on the winnings, I had a $1,000 bar bill, which I’ve never had. I bought drinks and lunch for everyone so that was really cool. I don’t really think it’s hit me how amazing it is to make two in one round. I didn’t know how rare it was until after it happened. I really couldn’t believe it after the second one went in.”

I’ve been playing golf for over 20 years and only have one hole-in-one to my name and Karen just hit two – one with a driver and one with a 9-wood – in the span of 23 minutes. Golf, what a game.