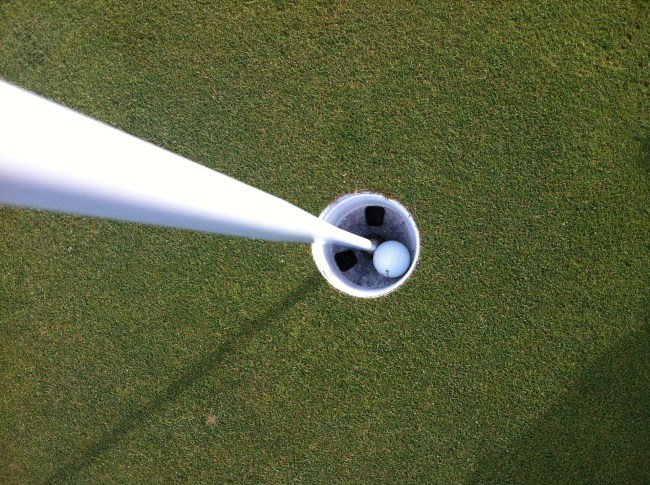 Hitting a hole-in-one is both an underrated and overrated accomplishment. Anyone, whether it be a first-time golfer or someone that’s played their entire life, can make an ace, therefore you could make the argument that making an ace is overrated. On the other hand, some golfers go their entire lives without jarring one, so in that sense, it’s underrated.

There’s also the very real need of having luck on your side to make a hole-in-one. Everything has to perfectly fall in place at that exact second in time for your ball to find the hole and for some that happens quite often, just ask Jim Wolklin.

If you’re a golfer still waiting for their first hole-in-one, this story may raise your blood pressure. I wouldn’t know anything about that, however, because I already have one ace to my name. It’s not a big deal though.

According to Naples Daily News, Wolklin made three holes-in-one in the span of five days. His three aces now put him into the uber-exclusive double-digit ace club as he now has 11 to his name.

The first of the three aces for the 68-year-old came on a 144-yard hole on the Cypress Course at Heritage Bay. Three days later he made his second from 148-yards and the very next day he made one from 130 yards on the Oak Course. All three of his aces were witnessed by playing partners.

“I just have had a lot of luck,” Wolklin said. “I don’t know what to tell you. I play with pros and some of them don’t have any. When we get to a par-3, and I set up, the people are expecting it to go in the hole, which adds a little bit of pressure.”

Imagine having so many holes-in-one you’re basically known as the hole-in-one guy and people are disappointed when you don’t actually make one. That’s just another level of luck that very few people get to experience in life. Then again, he probably doesn’t get excited when he jars one anymore, which is a shame.