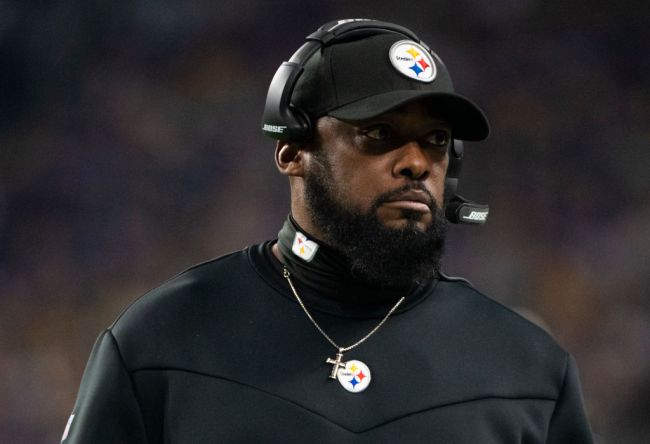 They have long been linked with the possibility of drafting a QB at pick 20, but a couple of QBs seemingly moving up draft boards has made that possibility a bit murkier. Even with some of their top options becoming unlikely to fall to them, it seems they will continue to pursue a QB in the draft.

According to Ian Rapoport, they will be hosting both Sam Howell and Desmond Ridder this week.

The #Steelers have been one of the most interested teams when it comes to QB draft prospects and it all picks up soon: Cincinnati QB Desmond Ridder flies to PIT tonight for a visit tomorrow and then UNC QB Sam Howell has his #Steelers visit on Friday. Steelers pick 20th overall.

While most reports we have heard about the Steelers and their quarterback search have indicated that they are enamored with Malik Willis, it would appear they are at least doing their due diligence on the rest of this year’s quarterback class.

With Willis now being projected as the draft’s top quarterback, Ridder and Howell are much more realistic options for the Steelers if they choose not to move up in the draft.

Either of these QB options would still fulfill the Steelers’ desire for a mobile quarterback. Ridder was timed as the fastest QB to run at the NFL Combine. Howell ran for 828 yards and 11 touchdowns last season as North Carolina.

While it is unclear just who the Steelers will end up with in the draft, it is becoming more apparent that it will be QB or bust for them in round 1.