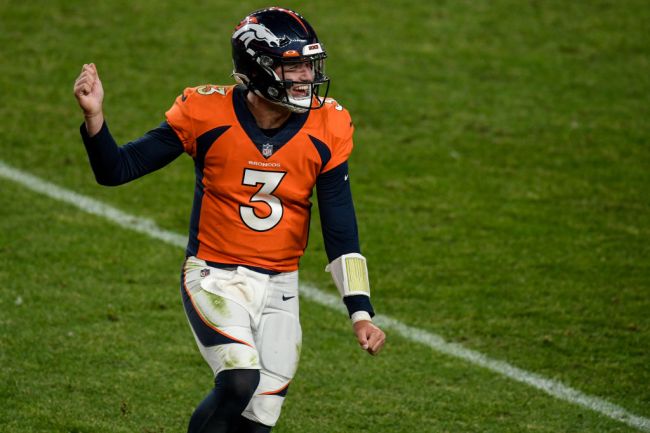 Welcome to Week 10 in the NFL. This is the trade deadline for most fantasy football leagues, hopefully you made some moves. This week we have teams on a bye with top fantasy players, and the Jets. We give some options for players to stream and players you should keep on your bench in this week’s starts and sits.

All of a sudden Lock is becoming fantasy relevant thanks to 561 passing yards and six total touchdowns in the last two games. He gets a great matchup this week against the Raiders who are allowing the sixth-most points to quarterbacks this year.

If it’s true and these remaining games are an audition for Tua, like mine to play Tybalt in the seventh production of Romeo & Juliet, he’s nailing it. After just 93 passing yards and zero touchdowns in his first start against the Rams, he responded with 248 yards and two passing touchdowns against the Cardinals. He faces a Chargers defense that has talent, but hasn’t been able to put all together as they’re allowing the fourth-most points to quarterbacks and multiple touchdowns three straight games.

Goff and the Rams offense have had a rough few weeks before entering the bye, Goff hasn’t finished better than QB18 in his last three games. He gets the best opportunity to get back on track against this atrocious Seahawks pass defense that has allowed a quarterback to finish as a top 10 quarterback in seven out of eight games this year.

I had Tannehill as a sit last week and as a result, it was the first game this year he threw below 200 yards and was his second-lowest fantasy outing. His matchup against Indianapolis has him here again; the Colts have the best touchdown to interception ratio in the league and are giving up under 14 fantasy points-per-game this year. In fact, Tannehill is not even halfway through a rough patch; he has Baltimore next week who has allowed the second-fewest touchdowns this year, followed by the Colts again.

If you have any kind of heart condition or anxiety issues, I suggest you never have Kirk Cousins on your team. I’ll have my team research this, but I’m pretty sure Cousins is the only quarterback to score 26 fantasy points and one fantasy point this year. This week he’s facing the Bears, who have allowed the fourth-fewest fantasy points to quarterbacks. Minnesota is starting to heavily rely on Dalvin Cook and will continue to do so.

Justin Herbert has overshadowed him, but Burrow has been a reliable fantasy quarterback this year. You didn’t have him last week with the bye, and I would suggest sitting him this week. The Steelers have the most interceptions, most quarterback hurries, highest quarterback knockdown percentage, and so many other advanced stats that will make your brain hurt. With this below-average Cincinnati offensive line, I see Burrow throwing multiple picks this week.

If I were to describe Cooper Kupp in terms of cups, Weeks 6 and 7 when he had a combined 54 receiving yards was like the free mini water cups we all know we’re using for soda, but last week when he had 110 receiving yards on 20 targets it was like when the restaurant gives you a free large soda when they mess you your order. Expect some Big Gulp numbers against that Seattle secondary.

Jeudy is finally throwing his hat in the ring of this excellent 2020 rookie wide receiver class, he now has back-to-back games with at least 10 targets and had his first 100-yard receiving performance. Look for him to continue this hot streak against Las Vegas.

I feel like we would have been talking about Reagor like we have with Travis Fulgham if he had not missed five games with a thumb injury. I’m not worried about Alshon Jeffery making his 2020 debut, Reagor is the receiver of the future in Philly. Great flex option against a Giants defense allowing the fifth-most yards to wide receivers.

Remember when he was Hollywood Brown? Well, the bright lights of Tinsel Town are all but a slight twinkle. Brown has just one game over 100 receiving yards, which was Week 1, and has just 98 total receiving yards in three games. This is an offense that runs more than passes and Lamar Jackson’s passing game has not been good all season. It’s hard to trust him in your lineup.

Since Minnesota’s return from the bye, the Vikings have faced some tough passing defenses and have relied on Dalvin Cook, and because of that, Jefferson and the receiving core have struggled. The Vikings get another tough defense this week in Chicago which is allowing the second-fewest points to receivers this year.

Thanks to Jake Luton, the Chark was allowed to swim as D.J. posted his first 100+ receiving yard performance along with a touchdown this year. Unfortunately, we are not going to need a bigger boat this week. Watch for the status of Packers cornerback Jaire Alexander who entered concussion protocol last Thursday, with over 10 days, he could very well play in this game and he’s been one of the most shut down corners this season.

You may think Hunt would be like Justin Timberlake’s solo career without Nick Chubb, but he’s actually been more like J.C. Chasez (Schizophrenic has some bangers though). Hunt’s fantasy points-per-game dipped from 17 to 13 in Chubb’s absence. This is re-assuring as both will be in the lineup against the Texans who are allowing the third-most points to running backs.

Why doesn’t Denver realize Lindsay is a good running back? He managed to have 1,000+ rushing yards in his first two seasons, even with Royce Freeman and Devonte Booker stealing carries, and now as Melvin Gordon continues to fade, Lindsay’s value rises. This is a great matchup against the Raiders who are allowing the fourth-most fantasy points to running backs.

McKissic had some of his best numbers of the season last week with Alex Smith as the quarterback and has six catches and over 10 PPR fantasy points in three of the last four games. Washington will face the Lions who are allowing the most fantasy points-per-game to running backs. What makes McKissic a great start is Detriot has allowed the seventh-most receiving yards and the most receiving touchdowns to running backs.

There are a few things I refuse to chase: Whiskey, the ice cream man, and fantasy points. Starting McKinnon this week would be chasing the points he only got because of a garbage-time touchdown. You saw what Saints did to the Tampa Bay run game, and we’re seeing that the new Bellitricks can be referred to as Shanahanigans. I can’t trust a 49er running back not named Raheem Mostert.

Last week for Mike Davis was like when a rock band steps off stage for 10 minutes to let the drummer have a solo. As quick as McCaffery was back in, he’s back out as he deals with a shoulder injury. This is not a game I want to start Davis; the Bucs are allowing the second-fewest rushing yards and they just held Alvin Kamara to his lowest total yards from scrimmage this year. Tampa Bay is going to come out for blood after that garbage game they played last week.

Before Hooper missed two games with an emergency appendectomy, he had started to play well with three-straight double-digit PPR performances. This is a good matchup against the Texans and there’s a possibility of more targets with no more Odell Beckham Jr.

Graham has at least six targets in four consecutive games and found the end zone last week. I like him as a streaming option against the Vikings who have allowed double-digit fantasy points to tight ends in three straight games.

It’s been a tough run for Big Bob with just one game over five fantasy points in his last four games. It’s an even tougher week trying to dive for tight ends in the waiver wire and he has a good matchup against the Jaguars who have allowed the second-most touchdowns to tight ends this year.

Mark Andrews is a guy at the wedding who’s a really good dancer, but nobody sees it because uncle Joey is spilling his ninth Jack and Coke on the dance floor doing the Cupid Shuffle. This lack of a passing game in Baltimore has overshadowed his talent as he’s yet to have over 60 receiving yards in any game this year. He faces a New England defense where Travis Kelce and George Kittle had their second-lowest fantasy total and held Darren Waller to just nine receiving yards.

With the return of Michael Thomas and Emmanuel Sanders, Cook put up his worst fantasy outing of the season. I don’t see it getting any better this week against the 49ers who are allowing the fifth-fewest yards and just two touchdowns to tight ends this year.

Higbee is not getting the ball, he has just one game with over four targets and hasn’t seen the end zone since that boom game in Week 2. As vulnerable as Seattle’s passing defense is to wide receivers, the same can’t be said about tight ends. The Seahawks are allowing the fewest catches and sixth-fewest fantasy points to tight ends this year.