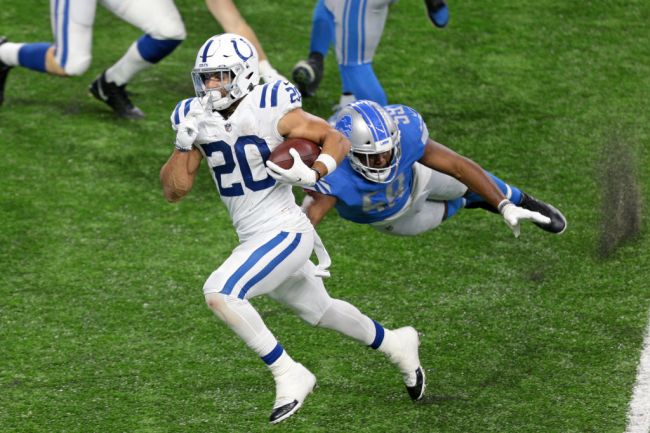 Welcome to Week 9 in the NFL. Injuries are a common thing in football, we just wish it didn’t impact our fantasy football teams. You may be dealing with more injuries after last week, if you roster a 49ers player that’s probably you. Let’s look at who you can add from this week’s waiver wire.

With Mark Ingram dealing with an injury, Dobbins and Edwards were the two heads in the Baltimore backfield. Dobbins was the more explosive runner and had the best outing of his young career. Dobbins is a higher priority as he looks like the better runner along with his ability to be used in the passing game. If Dobbins isn’t available, I still see Edwards having a viable role in this run-heavy offense.

The injury woes continue for San Fransisco as Tevin Coleman’s return was short-lived as he left the game with an apparent knee injury. The 49ers have a quick turn around as they’re playing Thursday night against a Green Bay run defense that let Dalvin Cook have the game of his life. Hasty will get the lead back duties mixed with Jerick McKinnon.

Moss has back-to-back double-digit PPR games since his return to the lineup. Although this past week he and Devin Singletary both had 14 carries against the Patriots, Moss was getting all the goal line carries and had two touchdowns. This will most likely remain a committee, but Moss is someone to look at as a flex player with his potential to score.

With Carlos Hyde and Chris Carson inactive last week, it was Dallas who got the start over Travis Homer. Even against a very good 49ers run defense he managed 57 yards from scrimmage and scored twice. This could be a one and done for Dallas if Carson or Hyde return, but he’s a must-add if he gets another start.

Weeks leading up to this game everyone was trying to find room on this Jonathan Taylor bandwagon as he steadily saw an increase in snaps, but Colts head coach Frank Reich decided to put that to a screeching halt. Wilkins saw a career-high 20 rushes and was the clear lead back last week. Reich said that Taylor is dealing with an ankle injury, which could mean Wilkins continues to have a role in this backfield going forward.

Harris has been impressive when he’s gotten the ball rushing for an average of over five yards-per-carry in three of his four games this year and had his second 100+ rushing yard effort last week. New England has the second-highest running play percentage in the league, if Harris stays involved, he can be viable week-to-week.

Kenny Golladay will miss some time with a hip injury that kept him out for the start of the season. Hall and Marvin Jones both saw seven targets, and Hall had a day with 113 receiving yards last week.

With George Kittle out for eight weeks, Reed is the next man up. He is eligible to come off IR and played well when he was the starter the last time Kittle missed time. With the tight end pool very thin, he should be added when he’s activated.

Let’s reiterate that tight end options are scarce. Ebron has been a Top 10 tight end since Week 3 and has posted back-to-back double-digit PPR games. He gets a great matchup against Dallas this week and can be looked at to at least stream for that game.

With Julian Edelman and N’Keal Harry both dealing with injuries, it was Meyers who was the lead receiver for New England a week ago. This is not a great passing offense by any means, but with 10 targets and double-digit outings, he’s someone to look at in deeper leagues.

Another deep flyer to look at would be Berrios. He saw 11 targets this past week with no Jamison Crowder or Breshad Perriman. If those two miss more time, he’s someone look at.