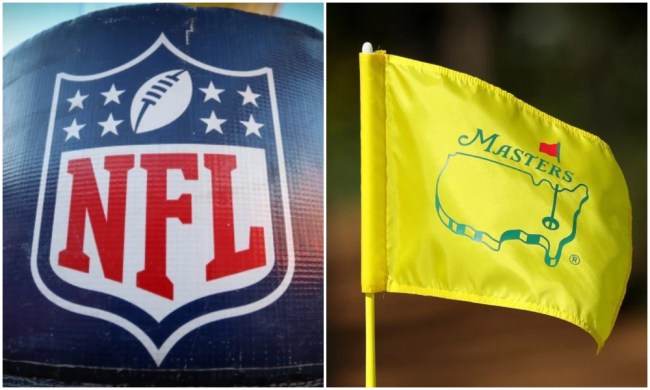 In case you haven’t been paying attention, Masters Sunday, also known as the single greatest day on the sports calendar, got pushed to November 15 this year due to The Big Cancel.

The slightly popular sport of football also takes place in November so as soon as the announcement was made that the Masters would be played in the fall, one of the biggest questions out there was how might the NFL and college football affect Masters weekend.

While the start date and overall status of the 2020 college football season is still completely up in the air, the NFL released the 2020 season schedule on Thursday so we now have an idea of what Masters Sunday could look like if all goes as scheduled.

While there will, of course, be NFL games played on that Sunday there are no 1:00 PM games on CBS, the home network of the Masters. The Atlanta Falcons are also on a bye that week, which is a genius move by the league.

I see no 1 pm games on CBS on what would be Masters Sunday pic.twitter.com/UlVJQC7nxk

Having said all of that, we’re again talking about a Masters played in November when sunset is far earlier than it is in April. This will result in earlier tee times for the tournament so chances are people will have the opportunity to watch the leaders of the tournament tee off ahead of the 1:00 PM games kicking off that Sunday.

This should also mean that we could all experience an unbelievable sports high with the final putt dropping on Sunday at Augusta right around the same time the 1:00 PM games conclude and then sink our teeth into a 4:25 PM game.